A mysterious (and possibly fake) CPU-Z screenshot has emerged.  It lists Threadripper 3980X with 48 cores but missing information on threads (96?). The base clock is somewhere in-between 2.8 and 2.9 GHz, so it shares a much lower base clock with 3990X.

Disclaimer: such screenshots are very easy to fake. Furthermore taking a photo of the screen does not improve the credibility of this leak. Yet, we expected 3980X for a long time, so it would make perfect sense to expect this SKU at some point. Nevermind the ‘leak’. 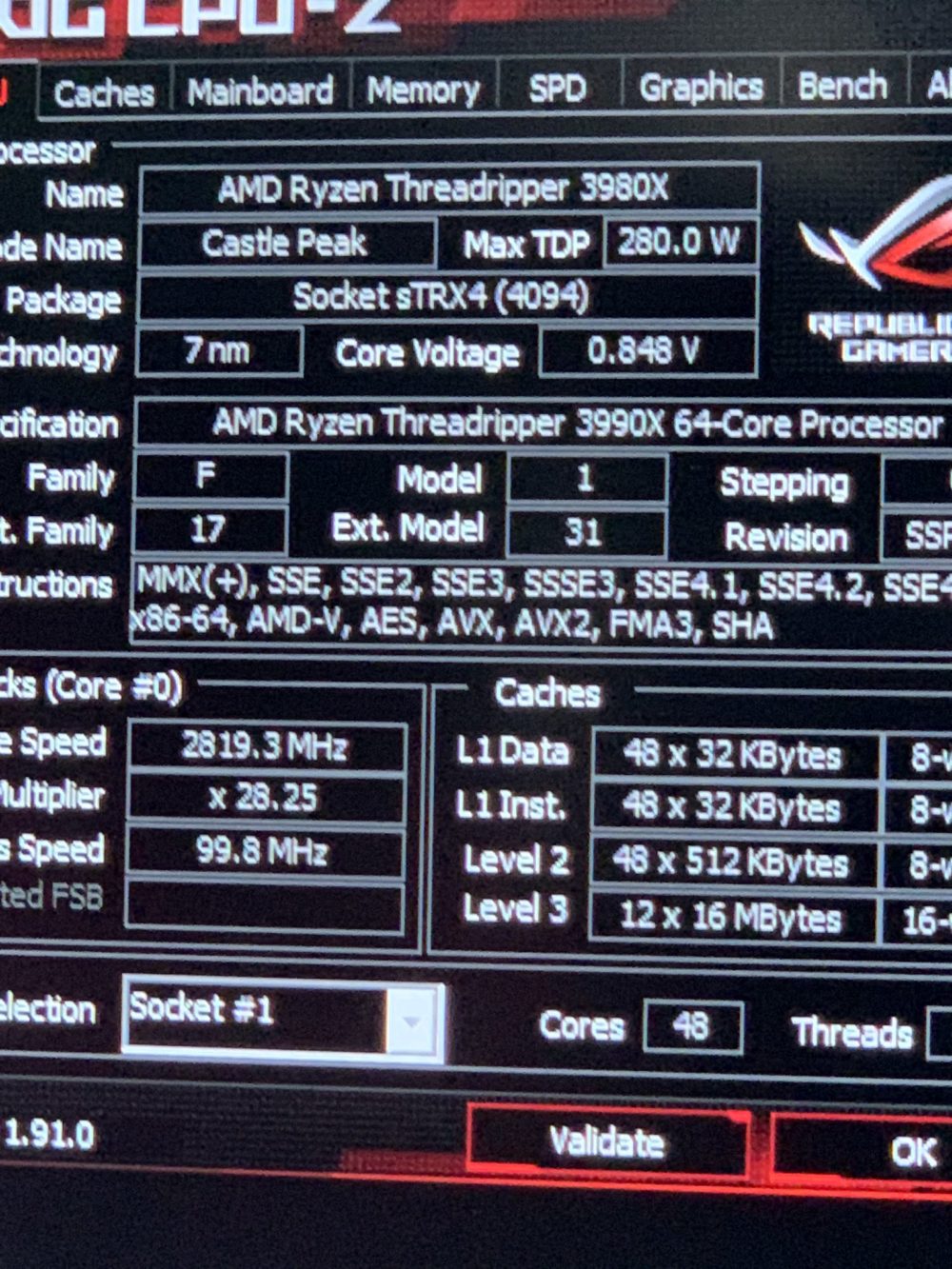 The speculation on the 48-core part has begun even before Threadripper 3990X was confirmed, it simply made sense. AMD has not released 48-core Threadripper leaving a noticeable gap in terms of product lineup and performance. 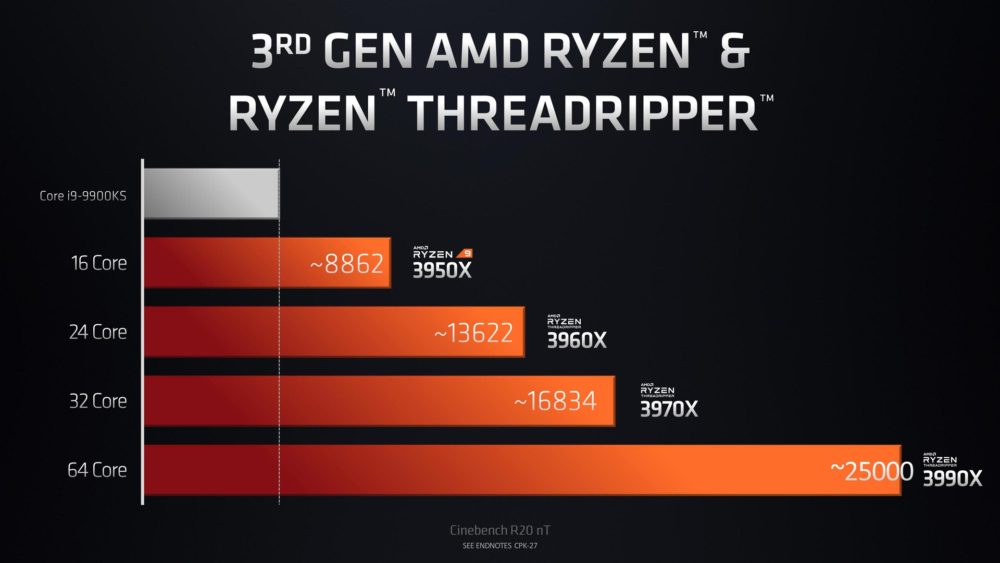