Note, that it is still unclear what will happen with the Ryzen non-PRO series. Yesterday a story broke out that AMD might add new SKUs so the lineup (4600G and 4300G). What is unknown, however, is what will happen to the 4700G/4400G and 4200G series that we already saw in previous leaks. Not to mention, we already leaked a 4700G processor almost a month ago.

On Twitter leakers have been sharing the most recent results of Ryzen 4x50G processors from the 3DMark database. A comparison of all three major 65W parts has been provided by APISAK: 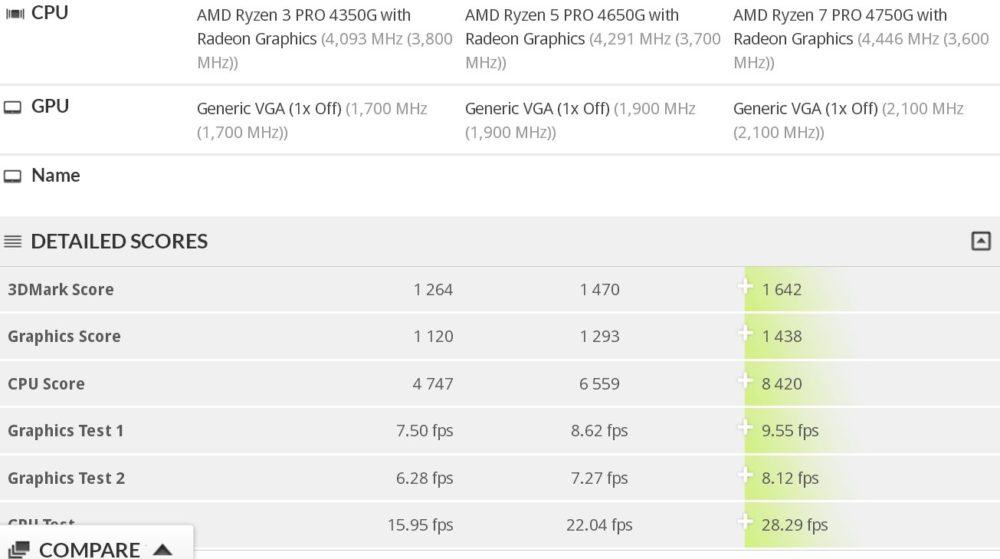 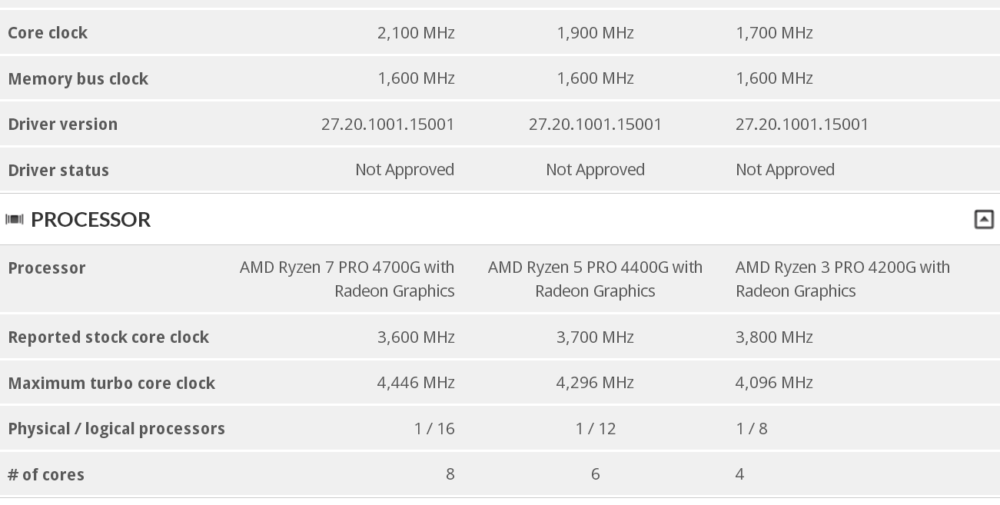 Meanwhile, _rogame found results of Ryzen 7 PRO 4750G running at stock clocks (3.6/4.4 GHz) and the same processors overclocked to 4.5 GHz. The integrated Vega graphics have also been overclocked to 2.4 GHz (from stock 2.1 GHz). As a result, the processor is around 12% faster in both physics and graphics benchmarks. 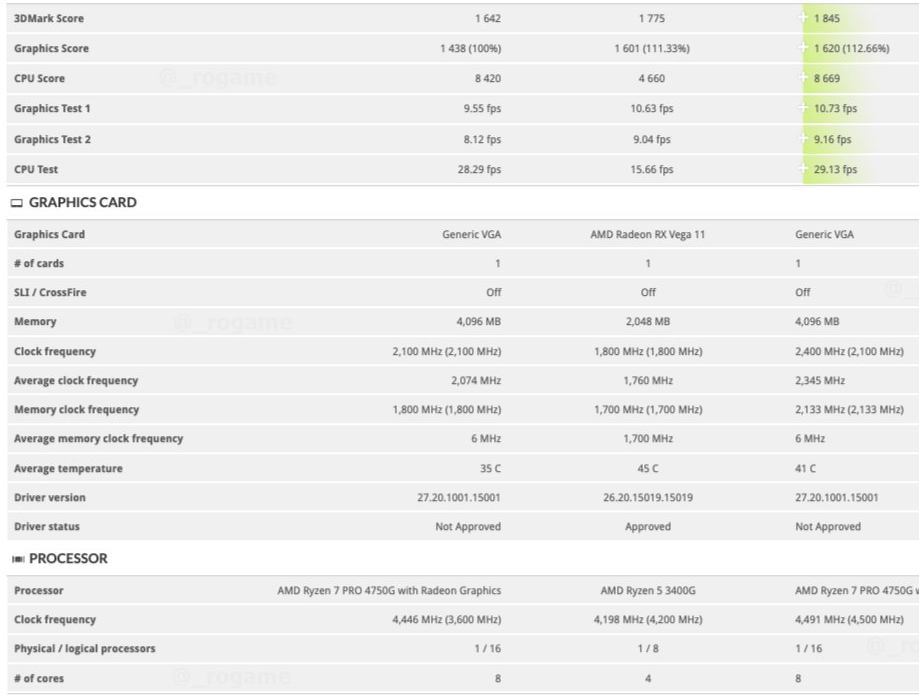