AMD Renoir AM4 to with the PRO series?

On Twitter, momomo_us shared the new pricing for the upcoming Ryzen PRO 4000G series. This is the first pricing listing of the Renoir-based APUs for the desktop AM4 socket.

AMD Ryzen 4000G series will feature both Pro (for businesses) and non-Pro series (for consumers). It seems that the PRO series will be announced sooner than the non-PRO, as the first-ever listing only includes the PRO series.

The listing features various rumored processors with the xx50 naming scheme. This is actually a confirmation of Igor’sLAB rumor from a few weeks ago, where it was said that AMD might add PRO 4750G, 4650G and 4350G SKUs to the lineup, possibly to differentiate the offer from the non-PRO series.

The listing confirms boost clocks for the new processors, which are the same for the non-PRO series, although with different model names. The base clocks can be easily decoded from the OPN list also leaked by Igor Wallossek.

The listing appears to be Netherland, so the VAT should be 21%. If those prices are to be believed, then Ryzen PRO 7 4750G would cost 305 EUR without VAT (a boxed version). 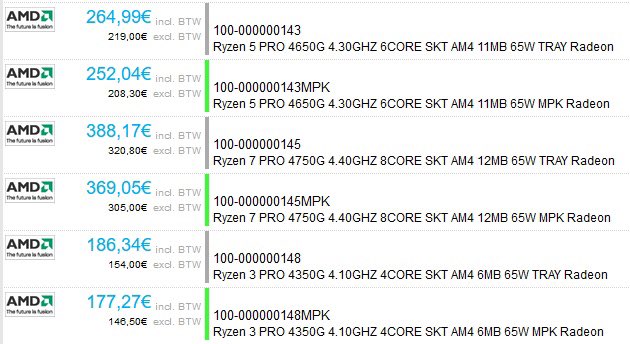 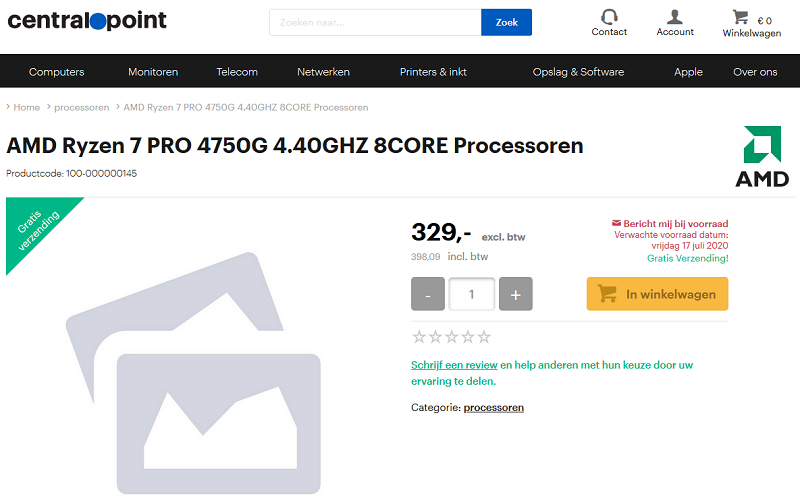