AMD already presented some benchmarks during the official product announcement this Monday. However, not everything was shown yet, so we are still missing some important data that would otherwise help us understand how fast Ryzen 7000 series really is. Enter new Cinebench R23 scores from Baidu and Chiphell:

According to the post on Baidu, which unfortunately has already been removed, the Ryzen 9 7950X scores 2205 points in single-core Cinebench R23 test and 29649 points in multi-core. That is actually better than both Ryzen 9 5950X and Core i9-12900K, but it is still lower than AMD claims.

There is also a new score on Chiphell allegedly featuring the same CPU but with more efficient All-in-One cooling. Here, the sample scored 36256 points which is even faster than leaked Core i9-13900K score.

OneRaichu posted a third score, featuring an engineering sample of the same CPU. In this case, the processor scores 37452 points in multi-core test and reportedly reaches 5.1 GHz all-core boost frequency while reaching 96°C with 360 mm AIO cooling kit. We have included all three scores into the chart below: 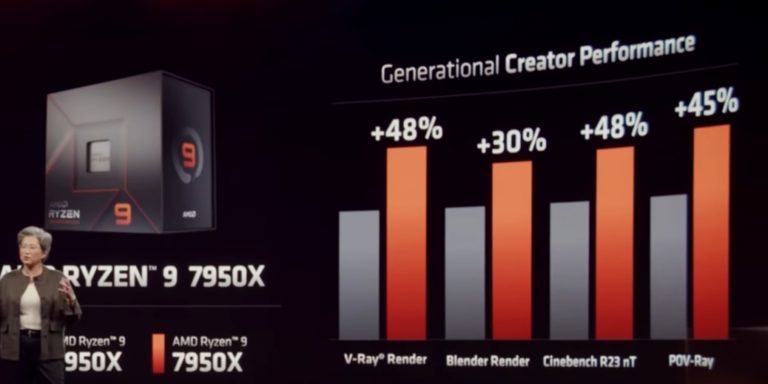 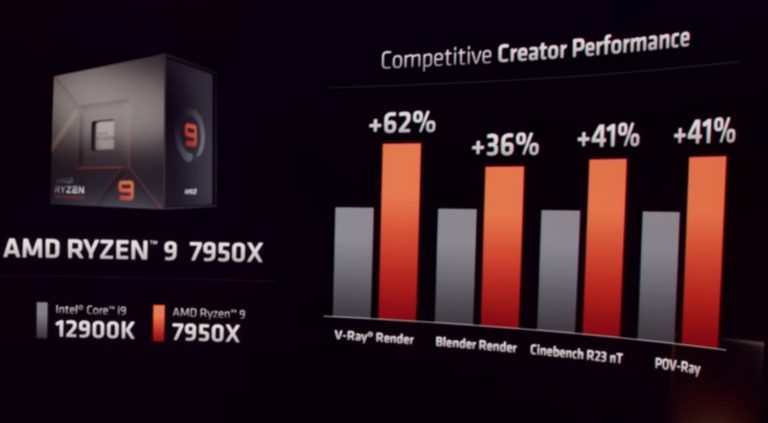 So, there is clearly some bottleneck depending on the cooling solution used. Furthermore, the first CPU was supposedly tested with old F1 BIOS for AORUS X670E Xtreme motherboard from Gigabyte (F4 is already available). Additionally, the CPU was allegedly tested with DDR5-5600 memory, which has relatively low performance in AIDA64 benchmark as shown below. 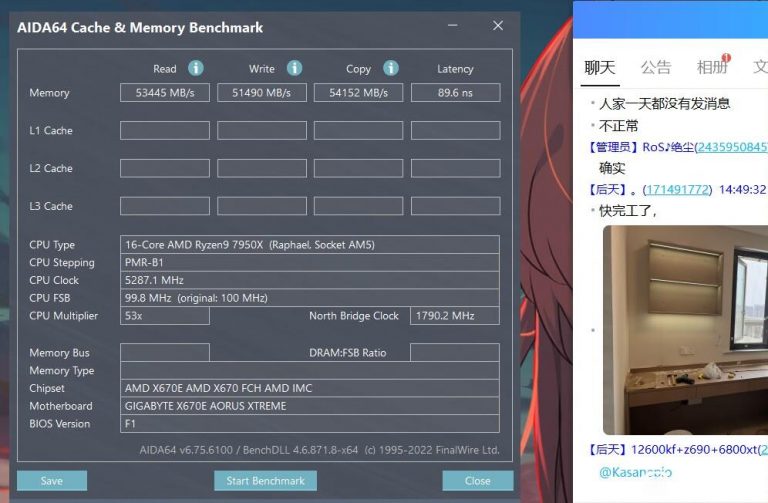 According to the latest rumors, AMD may lift the embargo reviews on September 20th, so still more than two weeks away from now. However, should be enough time to consider the purchase before it hit the shelves on September 27th.

Update #2: Another CB23 has been leaked by @OneRaichu. It shows off 7950X sample running 360mm AIO cooling with 240W peak power consumption. We have updated the post and CB23 chart.