That’s even higher score than reported yesterday and much higher than initial reports. The flagship Ryzen7000 CPU has now been spotted reaching 38,984 points thanks to water cooling. The leaker, using engineering sample (since no SKU name is listed but AMD OPN core), does not provide any further details. 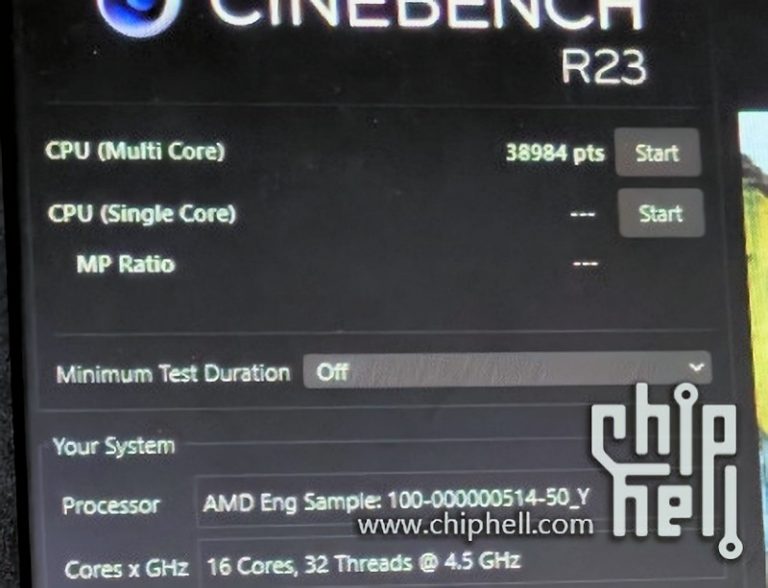 The same CPU has already been seeing scoring 36K or 37K in points in Cinebench R23 yesterday thanks to efficient All-in-One cooling solutions. The new score, however, gives Ryzen CPU a 9.2% advantage over Raptor Lake i9-13900K CPU. It is, in fact, almost as good as i9-13900K with unlocked power limit (40,616 points). Unfortunately, no single-core test was shared.

AMD Ryzen 9 7950X is 16-core and 32-thread Zen4 CPU with boost clock up to 5.7 GHz. The CPU has a default TDP of 170W, and it is reportedly benefiting from efficient cooling solutions, such as AIO or custom liquid coolers.

AMD is set to release its new series on September 27th. The initial launch is to include four SKUs, featuring 8 to 16 cores. The company will also launch its new high-end X670 motherboard series on the same day.