Just three days ago, the same overclocker claimed first places in HWBOT ranking by simply unlocking the same CPU without any extreme cooling attached. But as we mentioned, Ryzen 9 7950X can achieve much more, and we already got a glimpse of this Zen4 CPU running at 6.5 GHz with all 16 cores.

Sampson’s new score puts Ryzen 9 7950X at 6450 MHz with all cores at 271W CPU power. Obviously, any air or liquid cooler for that matter would not be sufficient, hence LN2 was used. To achieve this score, Sampson used ASUS X670E ROG Crosshair Gene motherboard. 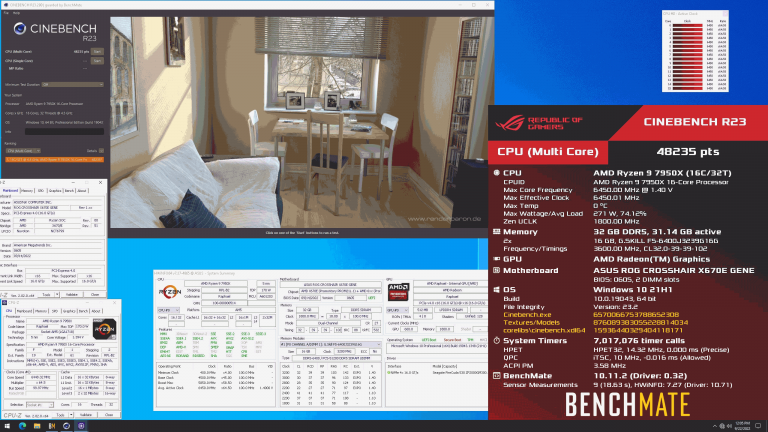 Furthermore, we also have this screenshot from one of our readers, who unfortunately did not provide any further details. A score of 50395 points in Cinebench R23 is annotated with “6700” which means 6.7 GHz clock with LN2. Here, Gigabyte X670E Aorus Xtreme motherboard was used. To give you some perspective, this is 92% higher multi-core score than Ryzen 9 5950X. 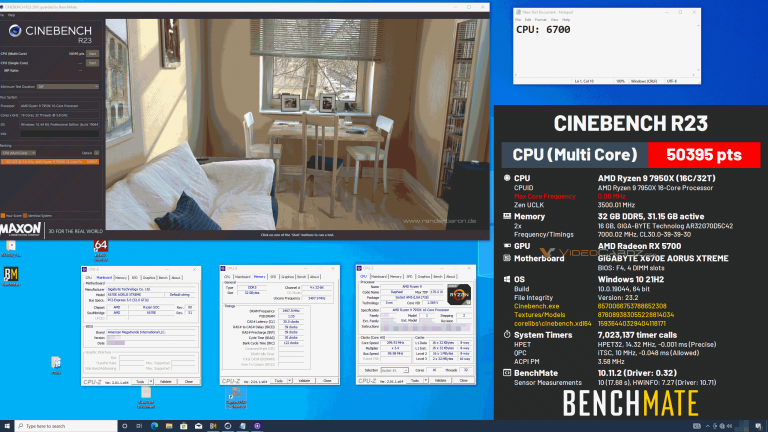 Unlike the first score, this one is not listed in HWBOT ranking, which means it probably wasn’t published yet or there was something suspicious going on with the validation. Either way, we are quite sure we will see more LN2 scores as soon as Ryzen 9 7950X review embargo lifts on September 26th.

Many thanks to Josh128 for the tip and Zed3 for the screenshot!