However, AMD Ryzen 7000 codenamed “Raphael” can achieve much more, except the actual results are still under embargo. Reviewers are now busy testing new Ryzen CPUs and should deliver their results a day before launch. Obviously, this does not mean that some results will not slip through with help of hardware leakers.

APISAK discovered Ryzen 9 7950X CPU with 7247 MHz CPU clock at 1.506V and another sample running 6500 MHz at 1.465V with all cores. Such scores are certainly achieved with sub-zero cooling, such as liquid nitrogen. 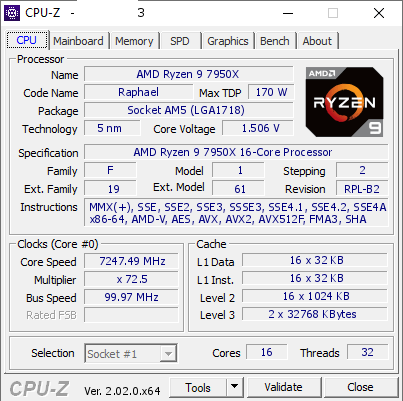 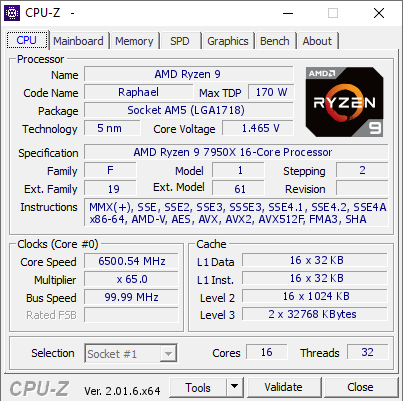 The first result is most likely for one core, while the other one is further confirmed to be all-core 6.5 GHz thanks to another screenshot.

AMD is set to launch the Ryzen 7000 series on September 27th. We are hear a lot more about Zen4 for desktops on September 26th, when the official review embargo lifts. This should also include world records from extreme overclockers, whose partial results can be seen above. Unfortunately, this leak came with no performance results. Therefore it is not clear how much more performance comes with 800 MHz overclock.