Over at Sisoftware website one can find a (pre)review of the Ryzen 9 7950X processor. Make no mistake, however, this is not a proper review, but a collection of the results from other reviewers. AMD has not sampled a review unit to the website, and all results that are being shared are already public. That said, this being a collection of results means that no information on motherboard (including BIOS) or DDR5 memory speed and timing is available. 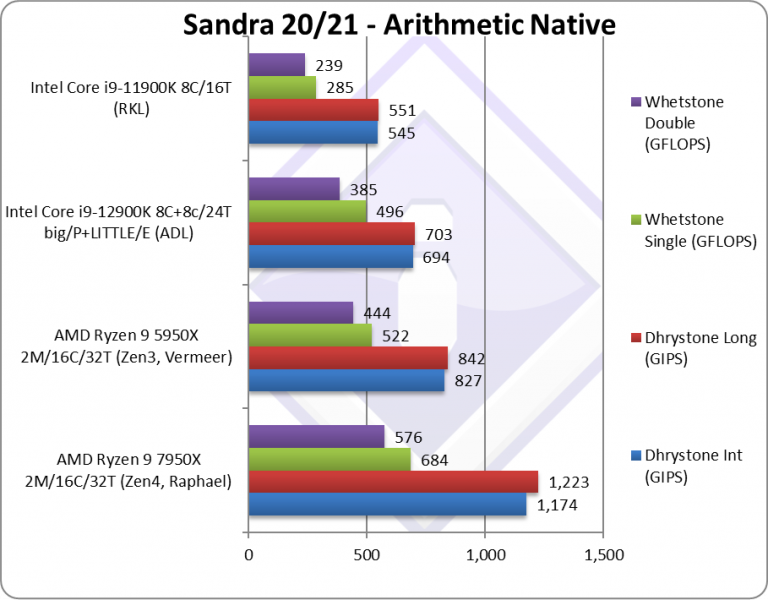 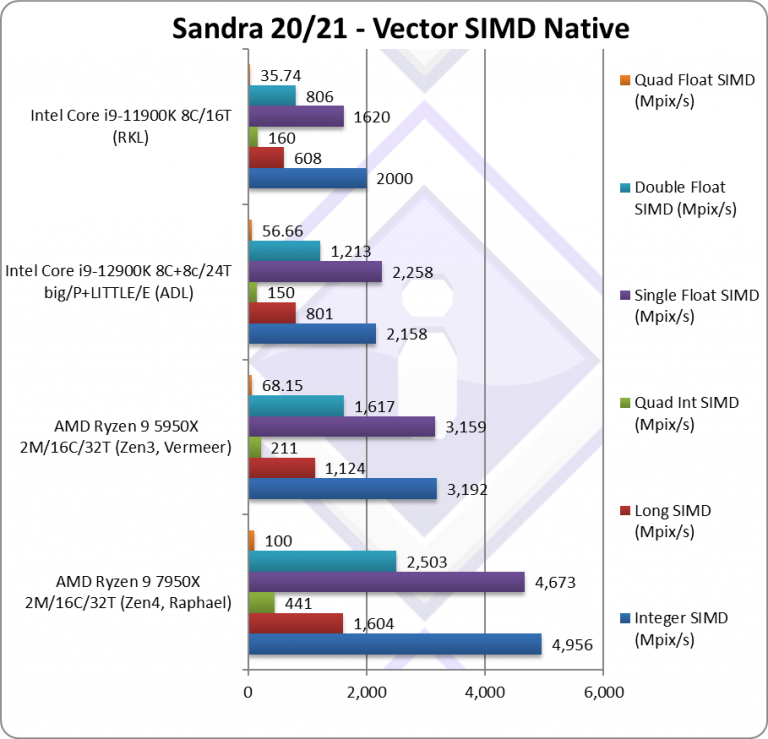 This and others were put together in the following charts. Aggregated CPU score for Ryzen 9 7950X shows 27310 points, which 73% better than Zen3. In what is described as ‘price efficiency’, test results are mixed with official pricing (which is known). Here the site claims that Zen4 CPU is 100% more price efficient than Zen3 and 50% more than Alder Intel Lake.

Sisoftware have more tests results (which we encourage you to check), which brought them to the following conclusion:

[..] However, both due to increased clocks and core improvements, even legacy code flies – all code is between 40% to 100% (2x) faster than Zen3 and thus also beats Intel’s very top ADL processor into dust. With AVX512 extensions (IFMA, VNNI), the improvement is even larger, 2.5x. There is nothing this CPU cannot handle – but then again this is the top-end 16C/32T version.

Price wise, if we’re talking the top end (7950X) this is 13% launch price cheaper – ending up 2x better value than the previous top-of-the-range (5950X) which is great value for money. Intel will have to reduce prices quite drastically to compete.

The only negative mentioned in the inclusion is increased power, but at the same time it is reaching similar level to Intel counterparts.