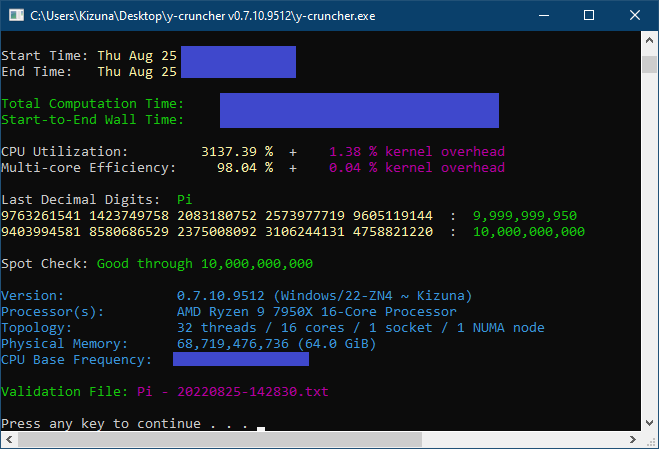 The screenshot shared by Alexander shows 16-core Ryzen 9 7950X (not officially available yet) running y-cruncher with 98.04% saturation during Pi calculations. For this test, Windows 11 operating system was used and a desktop with 64 GB of DDR5 memory.

Interestingly, no optimization resources were available to Yee, yet he managed to optimize the software for the unreleased Zen4 architecture himself.

This was fun since there are no optimization resources yet for this chip. Had to do all the RE myself.😅 pic.twitter.com/8PcSBOezY0