We received two photos featuring AMD’s upcoming APU-powered laptop. One of the photos shows a motherboard from Alienware m17 R5 gaming laptop equipped with AMD Ryzen 6000 series APU. According to our information, this laptop will supposedly be the fastest laptop under the AMD Advantage program.

AMD Rembrandt uses an FP7 package, which is actually the same size as FP6: 25×35 mm. This is important information because we can make a very first comparison (not very accurate though). According to Patrick Schur, the die size of the APU should be 208 mm², and that’s actually something we can confirm now. We measured Rembrandt at 206 mm², but again, this is based on a very blurry photo.

AMD Rembrandt block diagram has just been published by ExecutableFix. The diagram confirms that the APU offers up to 8 cores and 16 threads. Furthermore, it confirms that the APU supports DDR5 memory as well as the PCIe Gen4 interface. In terms of integrated GPU, there are 6 Workgroup Processors based on Navi graphics architecture (RDNA2). 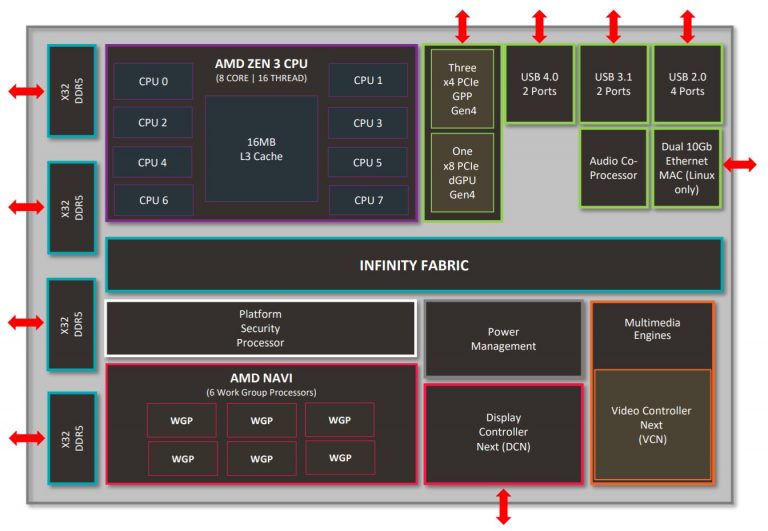 The AMD Ryzen 6000 high-end APU lineup has already been leaked by Wccftech. Please do note that this list does not feature 6-core Ryzen 5 SKUs and power-limited HS variants. Those are likely to debut with ASUS 2022 laptops.

Along with the picture, came the names of the new processors. Upcoming Alienware laptop is to feature up to Ryzen 9 6980HX 8-core and 16-thread CPU boosting up to 5.0 GHz. Furthermore, it will feature up to the Radeon RX 6850M XT GPU featuring 12GB of GDDR6 memory. The GPU pictured above is not this variant though, but Radeon RX 6700M instead (with 10GB VRAM). 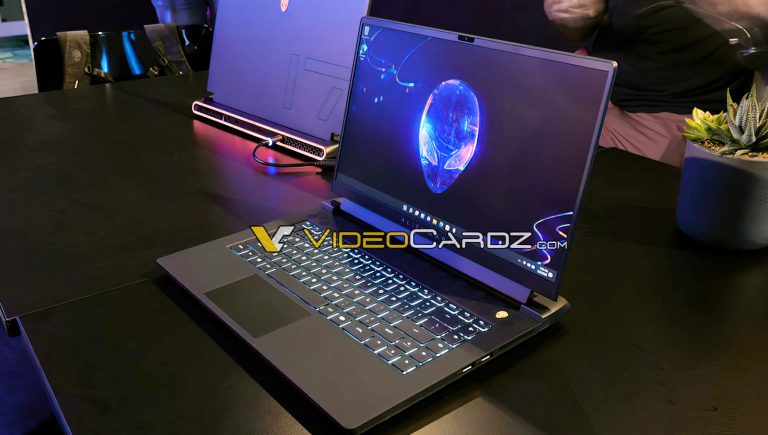 There is currently no information on other Radeon 6000 SKUs based on 6nm process technology.