A new entry on the Geekbench website shows the first 3rd party performance figures of the new AMD processor.

Those are the first non-AMD tests results posted after the 2022 Product Premier where the company has first shown its new processors and provided some performance estimates. The Ryzen 9 6900HX is not the flagship part, it is 100 MHz slower than 6980HX. The HX series made a debut last year as premium unlocked CPU series for high-end gaming machines. This trend is continued with the next generation of the 6nm Rembrandt series. 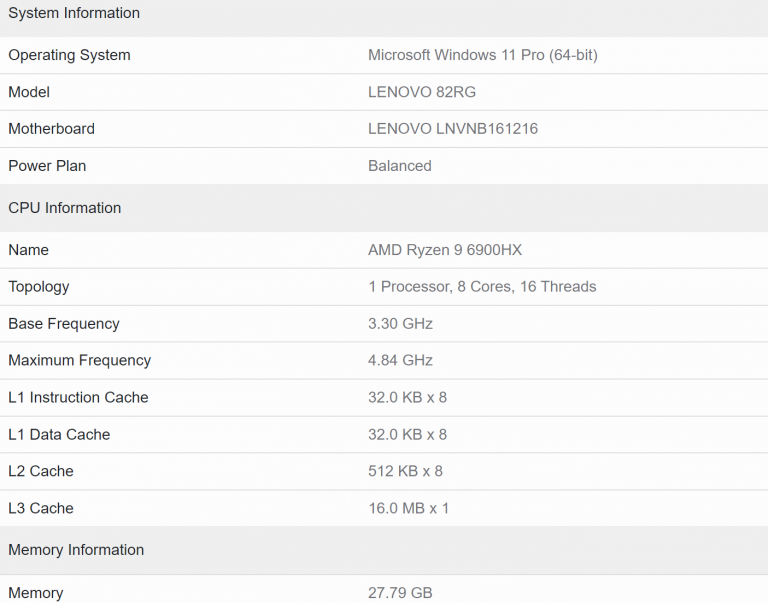 AMD Ryzen 9 6900HX is an 8-core and 16-thread CPU with a base clock of 3.3 GHz and boosts up to 4.9 GHz. It is equipped with a new RDNA2 integrated GPU featuring 12 Compute Units. The HX means it is an unlocked part and OEMs should have the final say on how far should the TDP go. In this case, however, the software does not provide the information on actual TDP.

According to the latest benchmarks, the CPU scores 1593 points in the single-core test and 10151 points in multi-core. Those are respectively 12% and 33% better scores than its predecessor Ryzen 9 5900HX based on Zen3 Cezanne silicon:

In comparison to the same class-CPU from Intel, which is Core i9-12900H based on Alder Lake-P with 14-cores and 20 threads, Rembrandt’s performance is not as good. Intel CPU is 7% to 21% faster in single-core and 37% to 42% faster in multi-core. However, we do not know how far up AMD performance might still go Meanwhile, there are quite a few test results of the Alder Lake CPUs, which are now extensively being tested before today’s launch. 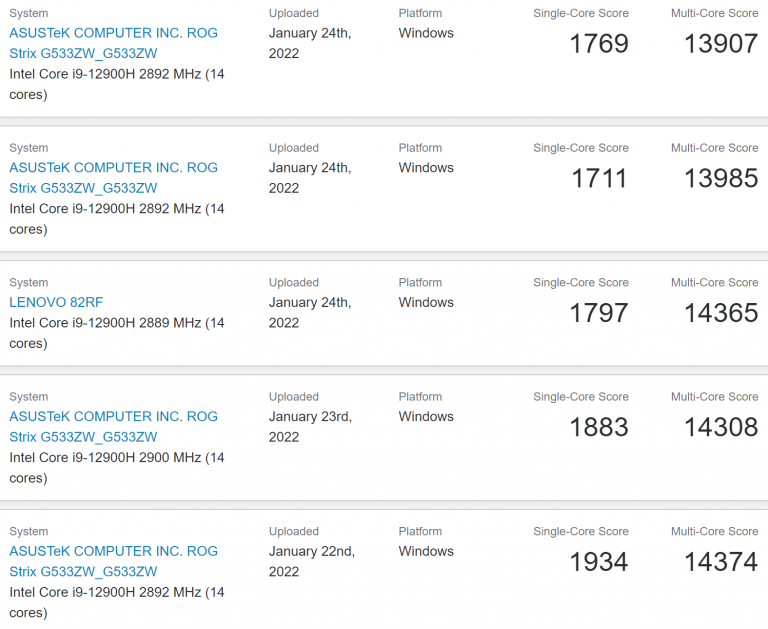 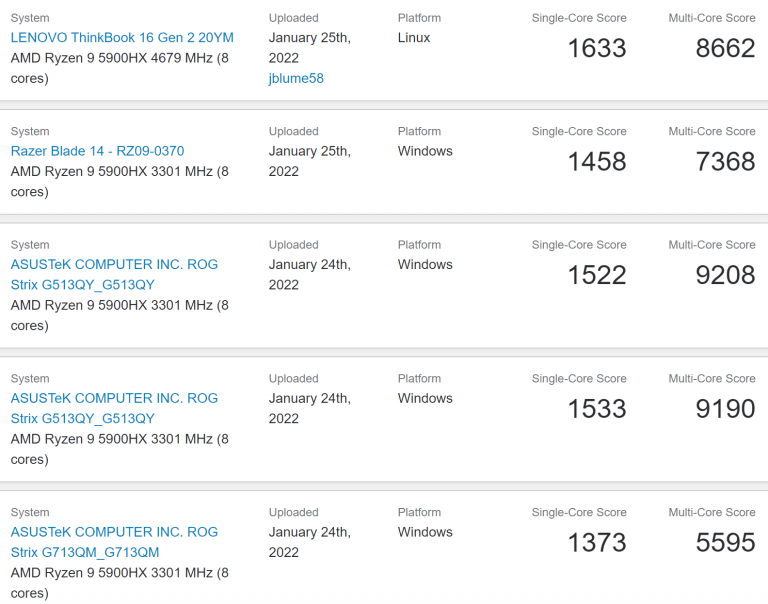