According to the data collected by BenchLeaks, the launch might happen at any moment now, because there are more and more leaks featuring the new AMD Rembrandt laptops. Official AMD Ryzen 6000 series laptops are to launch in February 2022, but AMD never confirmed the exact date.

Just over the course of the last 24 hours, somebody has been testing the ASUS ROG Zephyrus G14 gaming laptop equipped with Ryzen 9 6900HS and Radeon RX 6800S, both yet unavailable in any other product.

In the PugetBench Photoshop test, the 6900HS+6800S combo actually offers better performance than Intel Core i9-12900H+RTX3080, which is even more impressive considering that both AMD processors are custom power-limited chips.

This is not the first time AMD and ASUS have collaborated to prepare a new 14-inch ROG Zephyrus G14 laptop. The 6000-series model is actually the third version with improved hardware specs and built quality. According to the Geekbench database, AMD Rembrandt-based model offers ~5% and 20% better performance than its successor with 5900HS. 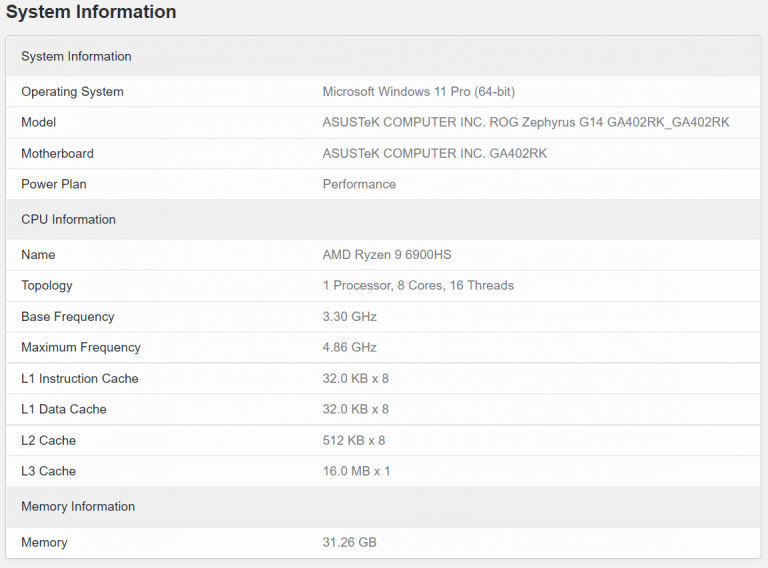 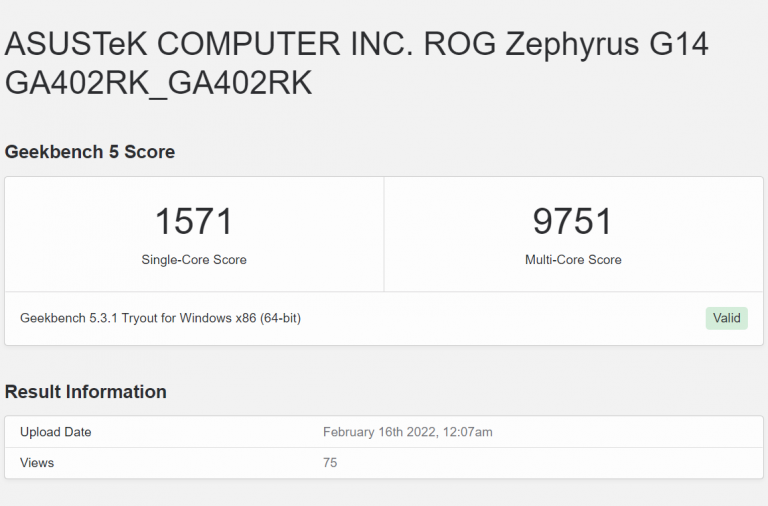