AMD has submitted new Ryzen 5000 series CPUs to the USB Implementers Forums website. It appears to confirm two products that have not yet been leaked before.

One listing appears to list Ryzen 9 5980HX CPU, a codename we have not seen before. Assuming that this is not a typo the 5980HX would be a higher-end SKU compared to 5900HX, 5900H, and 5900HS which have already been seen. It is unclear if this is a higher-clocked Cezanne CPU or maybe a desktop variant adopted for the mobile form factor. The naming is clearly borrowed from the Threadripper series, which were usually offering more cores than the original mainstream line of CPUs.

AMD is set to launch its Ryzen 5000H mobile series next week. Those SKUs will be based on Cezanne APU which features Zen3 core architecture. It is expected to double-digit performance per watt increase compared to Renoir APU.

The leak from USB-IF also appears to confirm Ryzen 7 5700G, which would be a desktop version of the Cezanne APU (codenamed Cezanne AM4). The CPU would likely sport 8 cores and 16 threads, but the clock speeds have not been mentioned before in any leak.

The current generation of the Ryzen 4000G series has been limited to the OEM market, which was a very disappointing decision from AMD. 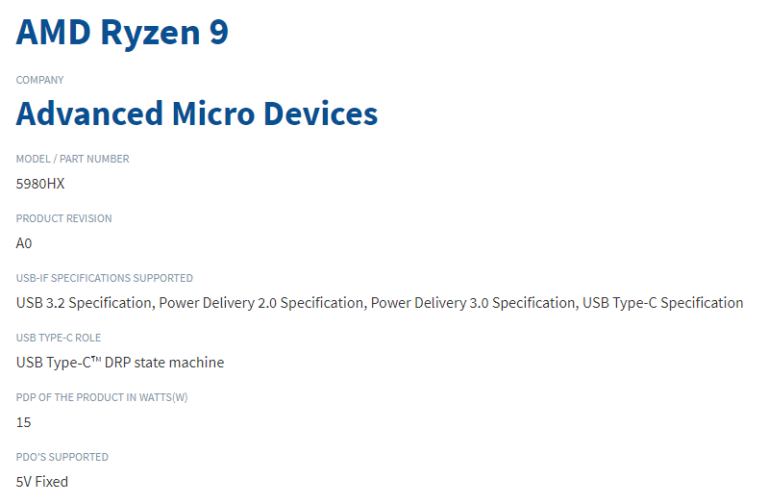 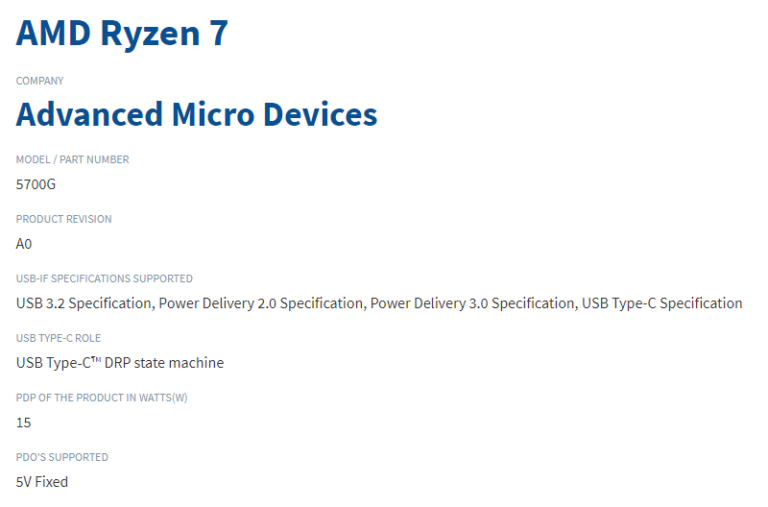