The flagship Ryzen 5000HS CPU has been spotted in the Geekbench database. Apparently, somebody has been testing the just announced ASUS ROG X13 ultra-portable laptop.

The Flow X13 is a hybrid gaming laptop from the ASUS ROG premium gaming series. The notebook itself features a high-end processor and mid-range GPU (such as GTX 1650), but thanks to ASUS’ proprietary connector the laptop can be connected to an external GPU enclosure and docking station known as ROG XG Mobile that can feature up to GeForce RTX 3080 discrete graphics card. This is the first attempt to commercialize an ultra-portable laptop as a gaming machine. 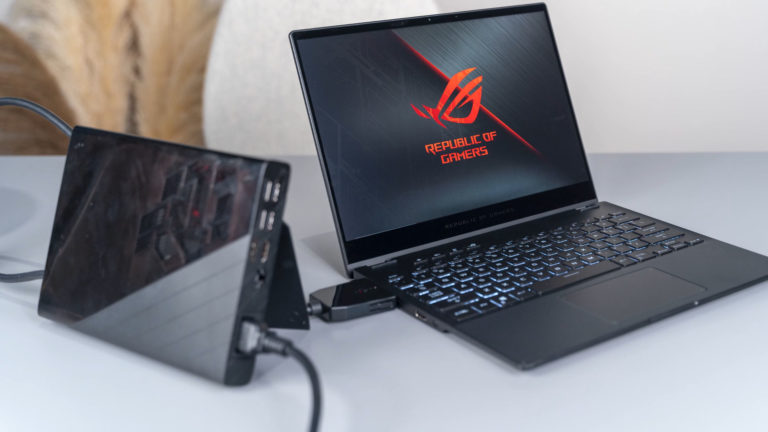 AMD Ryzen 9 5980HS is an 8-core and 16-thread processor with a boost clock up to 4.8 GHz. In the leaked test, the CPU did not exceed 4.41 GHz though, likely due to power and cooling constraints on the ROG Flow X13 laptop. It’s worth reminding that the Ryzen 5000HS CPUs are custom variants with TDP limited to 35W. There is also a 5980HX variant which is rated at 45W+ (the CPU has an unlocked power limit). However, both processors represent the top tier in the AMD lineup, likely being the highest binned CPUs in the Cezanne FP6 series. 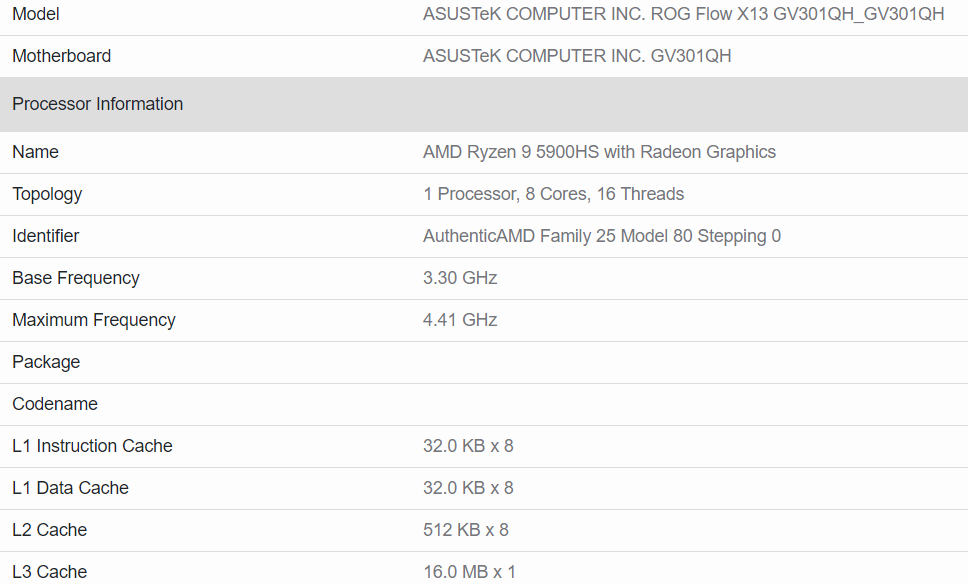 The CPU has been able to claim the top spot in the Ryzen 5000 series lineup in the single-core Geekbench 5 benchmark but has failed to remain in this position in a multi-core workload.