AMD Vermeer gets a price cut

The flagship AMD Ryzen 9 5950X 16-core CPU is now available for as low as 520 USD or 530 EUR. Those are for now of course, localized deals not a global price cut. However, what this proves is that AMD lowered the MSRP for distributors and big retailers, in response to growing popularity of Intel Alder Lake series. 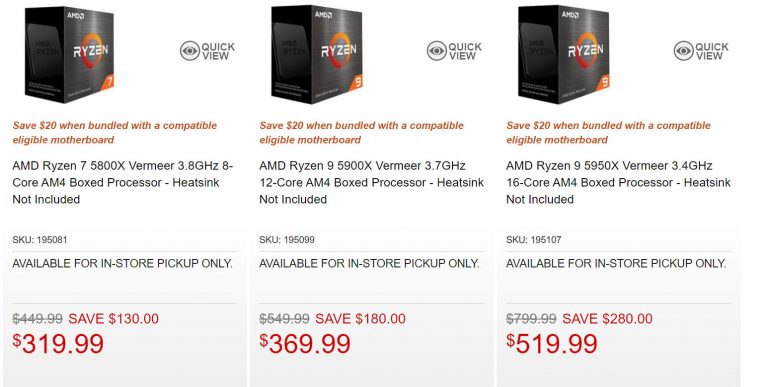 With MicroCenter leading the way with the lowest prices for Ryzen 5000 series, Amazon and BestBuy pricing appears 30-40 USD above. 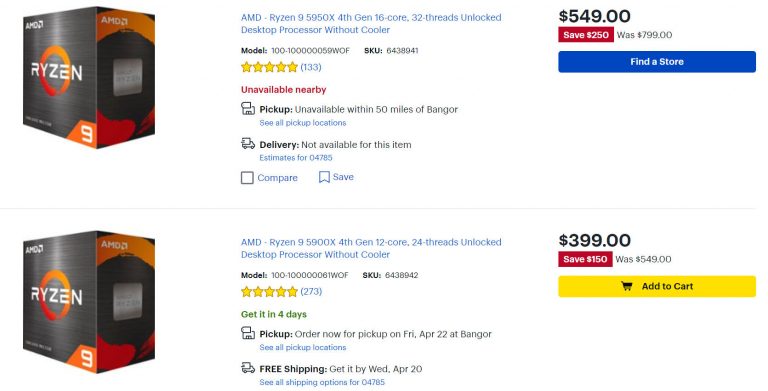 AMD Ryzen 5000 at Amazon and BestBuy

Lower pricing is lagging behind in other regions. In Europe one can find 5950X, 5900 and 5800X at €529, €404 and €319 respectively. What is worth noting though, is that this is the lowest price ever for the 16-core parts, while 12-core and 8-core SKUs are just slightly higher than their best deals from a few weeks ago.

The prices of Zen3 CPUs have been steadily dropping since the start of this year for Ryzen 5 series.  When it comes to Ryzen 9, those have only marked a noticeable price reduction in April.

AMD is currently not expected to introduce any additional AM4 CPUs. The lineup has been just updated with numerous mid-range SKUs as well as flagship gaming part with 3D V-Cache. If rumors are to be believed, the company might introduce its next-gen Raphael series featuring Zen4 architecture in late Q3.