AMD Ryzen 9 5900HX is the upcoming Cezanne-H CPU with 8 cores and 16 threads. AMD is set to announce this processor and the full range of 5000U and 5000H CPU series based on Zen3 architecture during the CES 2021 keynote next month.

A benchmark result featuring Ryzen 9 5900HX has been discovered by APISAK in Geekbench. Apparently, somebody has been testing ASUS’ upcoming ROG Zephyrus Duo 15 SE dual-screen laptop that will debut alongside the new AMD Ryzen series next month. A very similar model of ROG Zephyrus DUO 15 SE is due to launch with Intel 11th Gen Core next month as well, however with the Tiger Lake-H35 quad-core CPUs instead.

It is worth noting, that this is not the first time we are seeing a Geekbench score of this processor. Just two weeks ago we saw a sample of the same SKU but a boost clock of 4.6 GHz. The result that has been discovered today is the 4.7 GHz variant.

The Ryzen 5000H series have been leaking on Geekbench quite extensively over the past month. In fact, just three days ago we covered a leak from Geekbench featuring Ryzen 7 5800H, thus we can now compare two end 8-core CPUs from the upcoming series side by side: 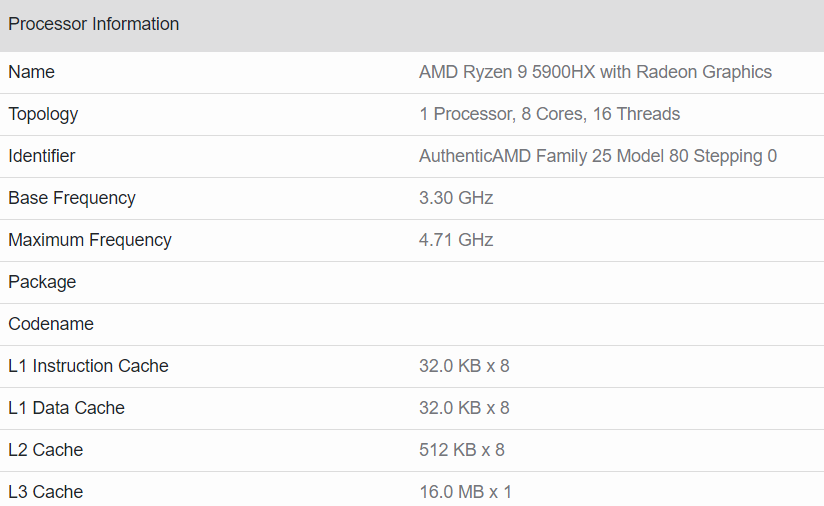 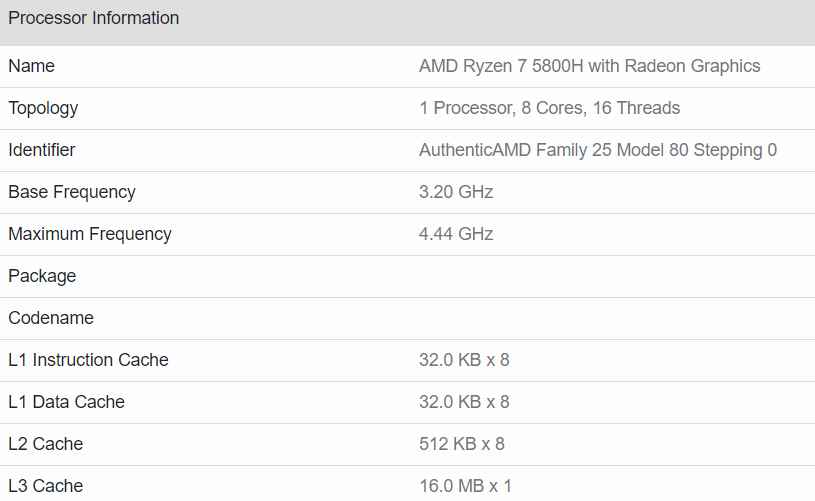 According to the raw data from this benchmark result, the Ryzen 9 5900HX was indeed running at a frequency above 4.7 GHz. This would be the first AMD Ryzen mobile processors to reach such a frequency: 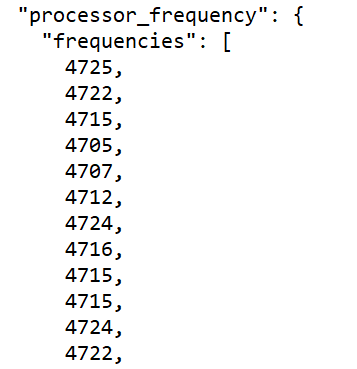 The performance of AMD Ryzen 9 5900HX and Ryzen 7 5800H from the previous leak compared side by side: 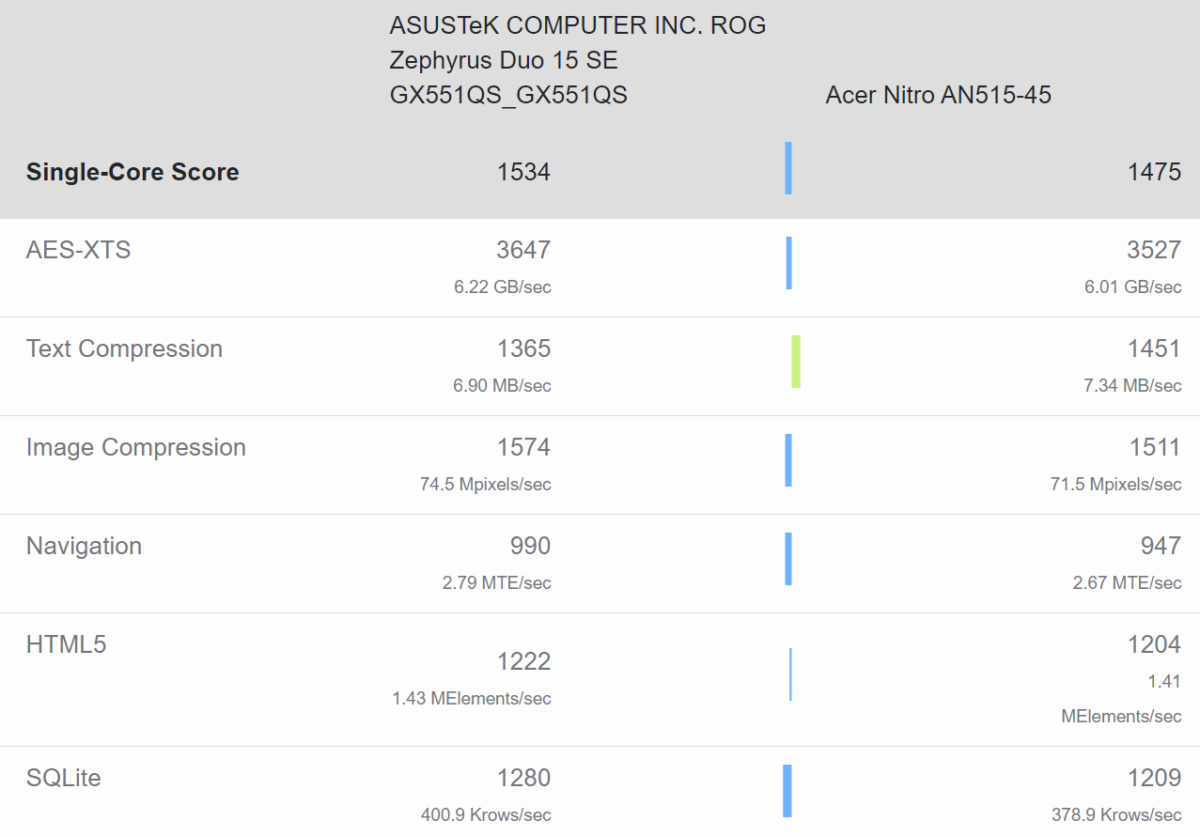 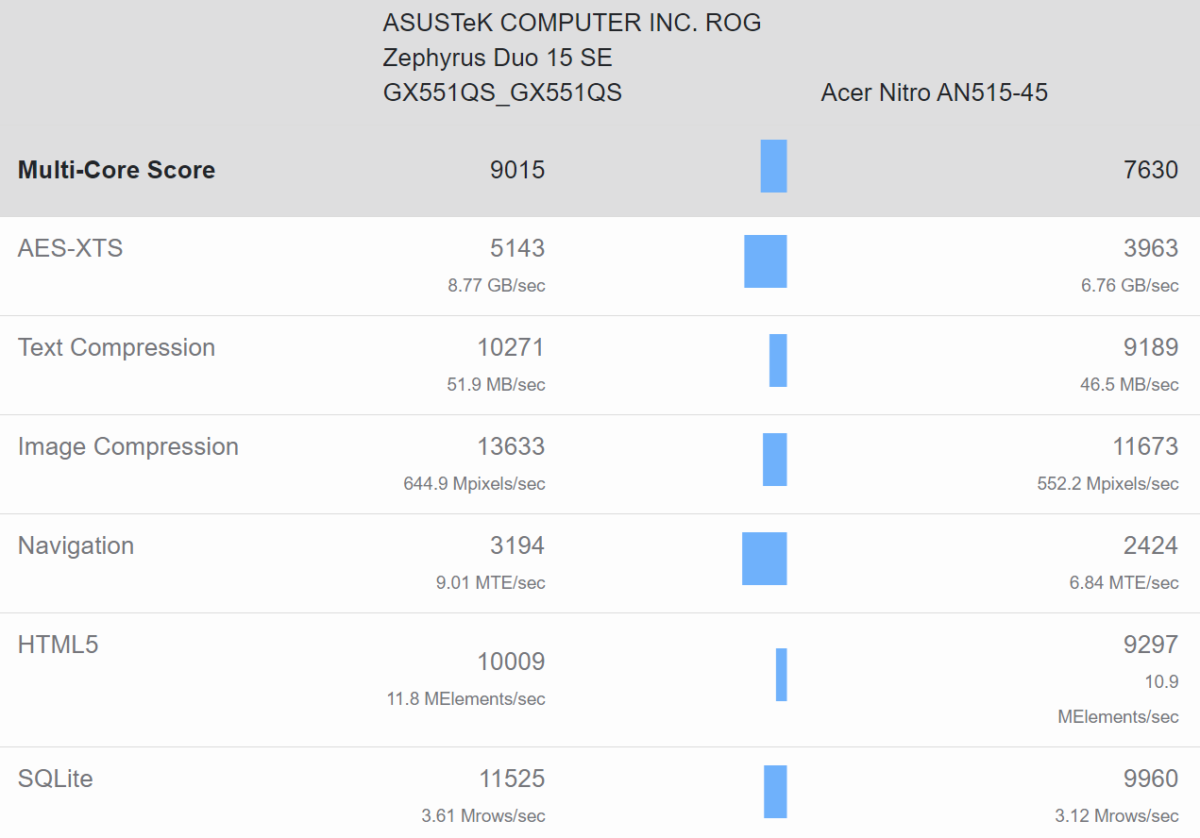 AMD Ryzen 5000HX CPUs might be the first to offer some form of overclocking (otherwise it is unclear what the “X” stands for). Thus, we are not sure if the performance of the CPU has been affected by either manual or automatic overclocking. However, considering for a moment that the CPU is indeed running at native speed, it would be 40% faster in a single-threaded benchmark compared to the last-gen flagship – Ryzen 9 4900HS (also happening to be an exclusive part for ASUS ROG laptops), and up to 28% faster in the multi-thread test.

The official Geekbench Processor Chart does not list Ryzen 9 4900H (the 45W variant), which scores a bit higher than the HS. However, comparisons between both 5900HX and 4900H can still be found through individual result pages. In this case, the Zen3 based CPU is 25% faster in ST benchmark and around 8% faster in MT:

We have updated the specs, which originally listed Ryzen 9 5900HX with a 4.6 GHz boost clock. It is possible that the CPU has a 4.65 GHz official clock speed, hence it is reported differently by retailers and the benchmarking software.