The Ryzen 9 5900HX is not even the fastest CPU of the Cezanne FP6 series, yet it was enough to top the PassMark mobile CPU ranking in both single and multi-threaded benchmarks.

AMD introduced its first Zen3 based mobile CPUs aka Ryzen 5000H series at CES 2021. The new series was introduced in four variants, including:

The Ryzen 9 5900HX is an unlocked 8-core and 16-thread CPU clocked at 3.3 GHz up to 4.7 GHz. The CPU is targetted for high-end gaming laptops, such as ASUS ROG Zephyrus or Strix series (the source of today’s leak).

The CPU scored 24,039 points in PassMark’s ranking, which is a multi-threaded score. So far no other mobile CPU has been able to break this barrier: 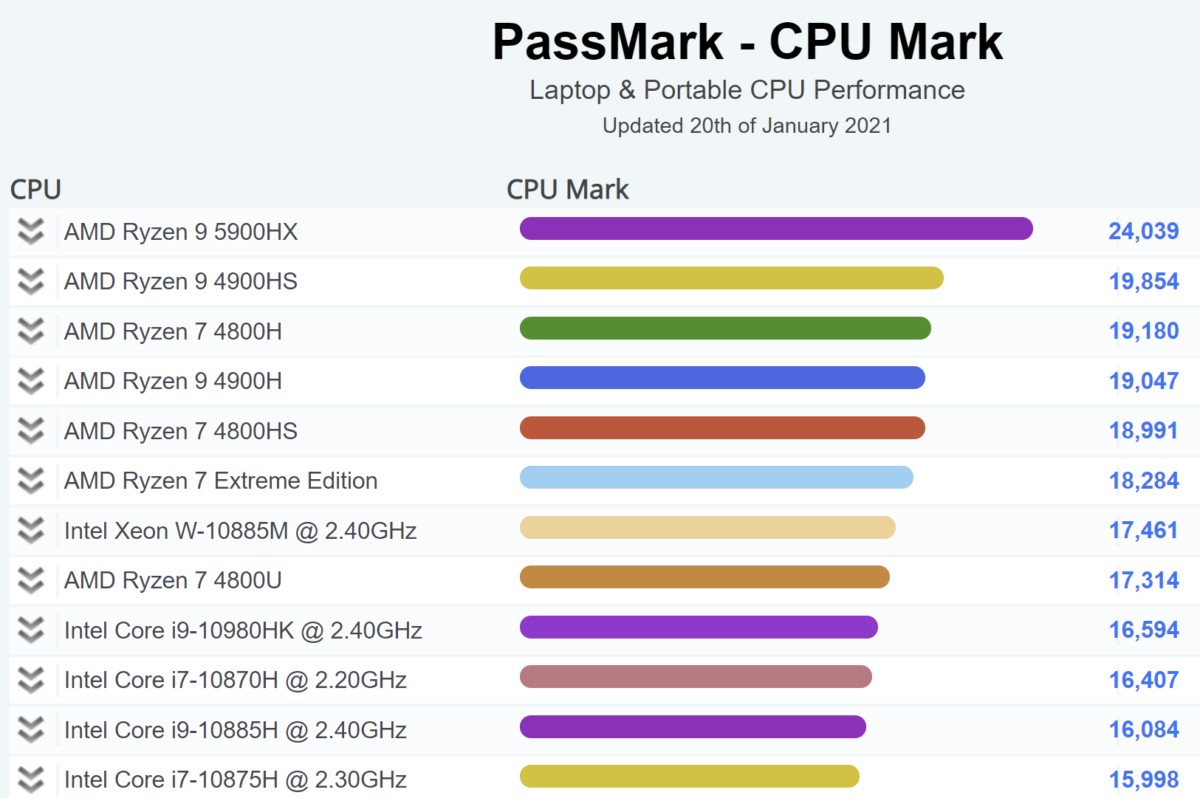 The processor has also topped the single-threaded ranking with 3365 points. This is even higher than the Intel Tiger Lake-U series or current H-series flagship, the Core i9-10980HK CPU (which is also unlocked): 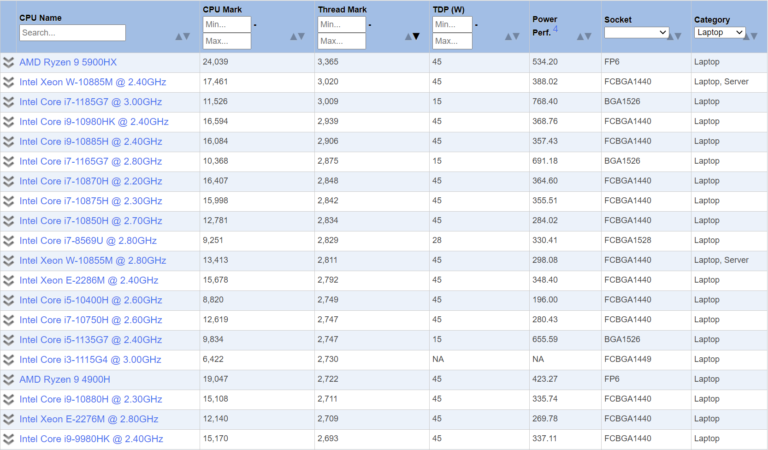 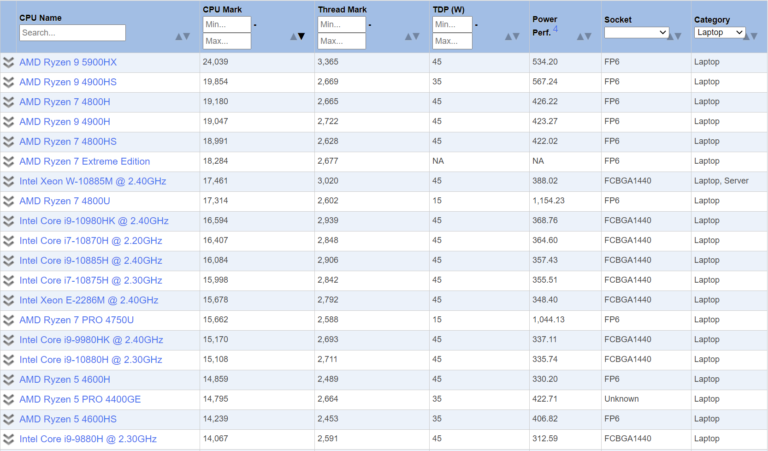 The 5000H series features eight SKUs officially. AMD surprisingly did not announce the Ryzen 9 5900H, which had already appeared in the leaks. It is unclear if this SKU will ever be released.

While Ryzen 9 5900HX is 100 MHz slower than 5980HX, it is important to note that so far no notebook manufacturer has announced a laptop with the latter. The CPU might appear later, as more chips go through the binning process.

The CPU has been tested with ASUS ROG Strix SCAR 17 G733 gaming laptop. ASUS is among the few notebook makers who decided to completely shift their high-end laptop portfolio to AMD CPUs: 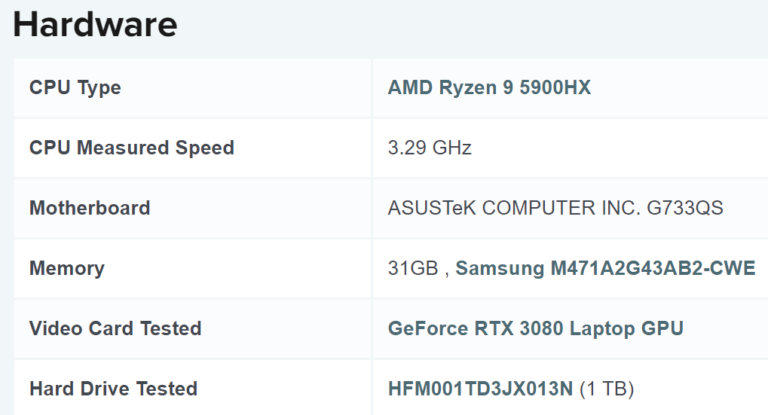 Many thanks to Martin and HWGeek for the tips!