Not only have the new laptops featuring the Ryzen 9 5900 series leaked through early retailer listings today, but APISAK also discovered an entry in the Geekbench benchmark database, revealing the specs of the new AMD processor.

According to the listing, the Ryzen 9 5900HX is an 8-core CPU with 16-threads that will have a base clock of 3.3 GHz and a boost of 4.6 GHz. While the base clock is identical to Renoir-based Ryzen 9 4900H CPUs, the boost clock is 200 MHz higher than the previous generation. It is unclear what the X stands for in the product name, but it was revealed in the product listing article that the 5900HS model is also planned (most likely capped to 35W). The 5900HX could either be a higher clocked variant, a model with higher TDP, or simply a model with overclocking capabilities, just as the Core i9-10980HK from Intel.

The laptop that was used for this test is the ASUS Zephyrus Duo GX551QS, which is a laptop with dual screens. The product specifications listed by Geekbench did not confirm that a discrete GPU was present in the laptop during the test. However, retailer listing confirms that Zephyrus Duo with Cezanne CPU will feature up to GeForce RTX 3080 mobile graphics. 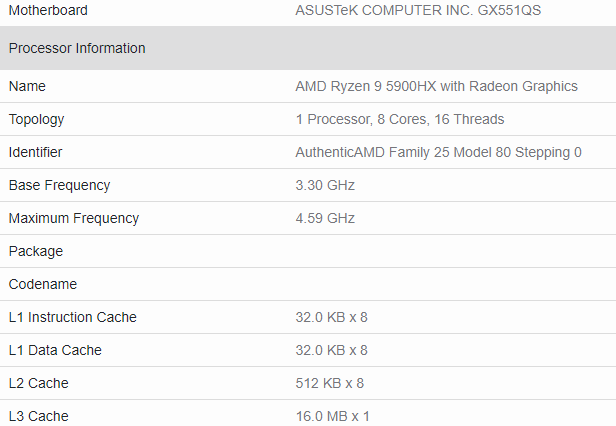 Compared to the current-gen Ryzen 9 4900HS, the CPU is 30% faster in single-thread and around 3% slower in multi-thread. 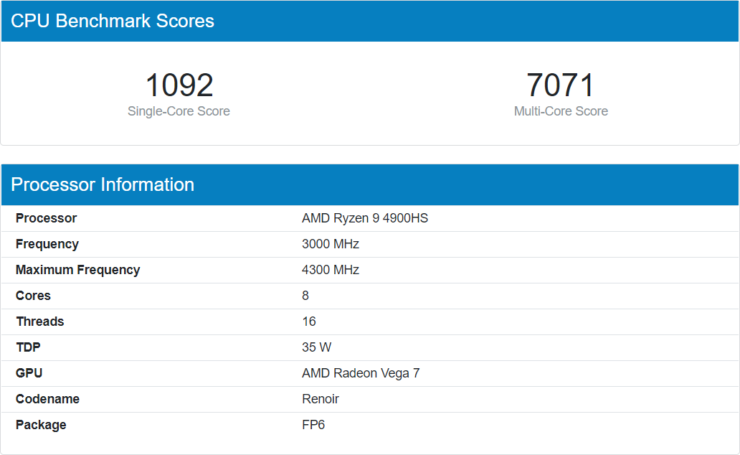