AMD Vermeer without the X.

Originally launched on January 12th, it took nearly 4 months for the new processors to appear on system integrators’ websites. The Ryzen 9 5900 and Ryzen 7 5800 will not be available for the DIY market, instead, the non-X variants will only be available with prebuilt systems. Those OEM-only Ryzen 5000 series CPUs based on Zen3 architecture have just appeared on the Dell website and are now available for order with an Alienware Aurora Ryzen Editon R10 desktop. 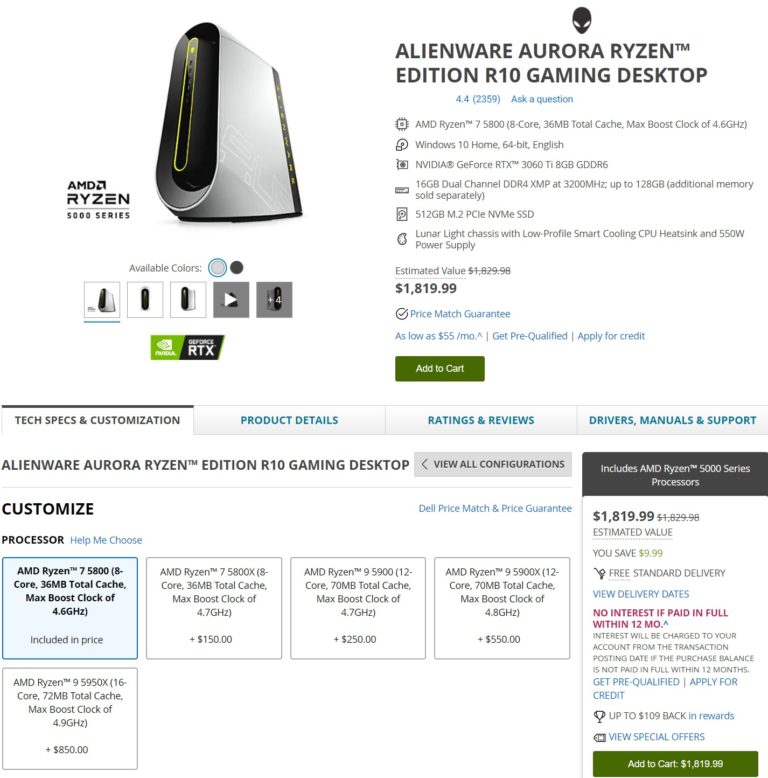 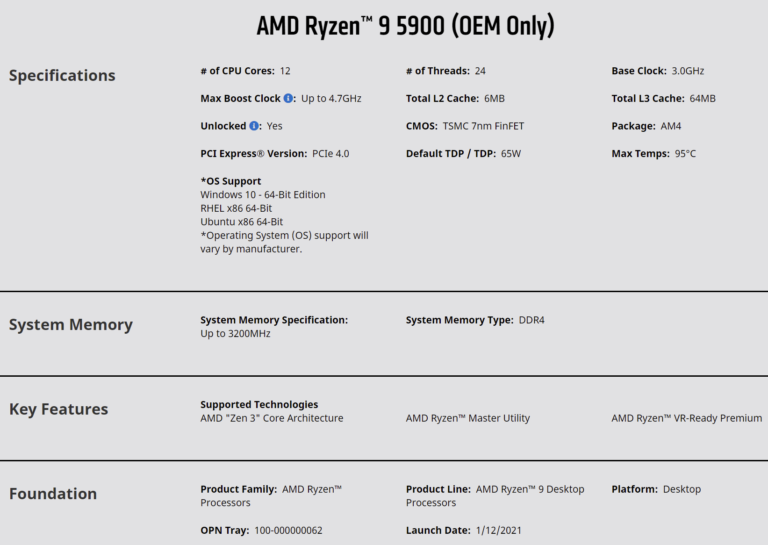 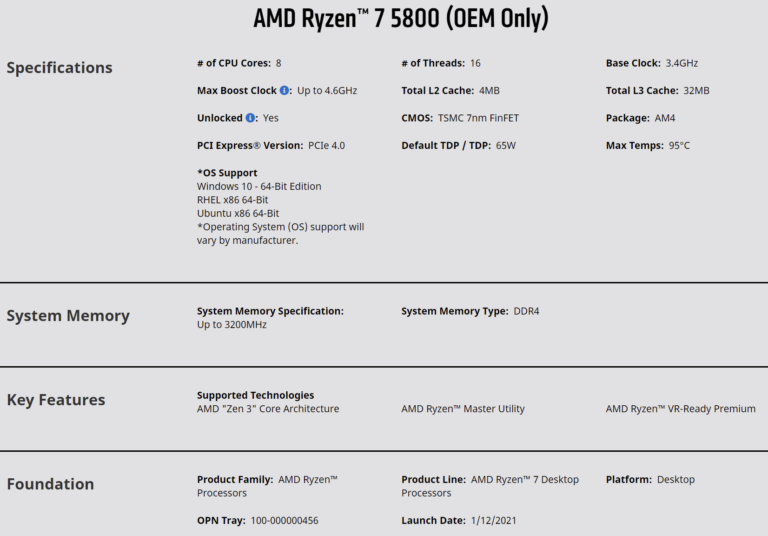