Two mysterious AMD Ryzen processors have been spotted by TUM_APISAK.

The processors discovered by TUM_APISAK in the 3DMark database are clearly part of the AMD Renoir U-Series (which are 15W TDP series). We know that they are part of U-Series because they carry relatively low base clocks – only 1.8 GHz.

Interestingly both Ryzen 9 4900U and Ryzen 7 Extreme Edition processors (as they are displayed in 3DMark DB) are 8-core and 16-thread SKUs. The similarities do not end here, as they also share the same boost clock of 4.3 GHz. That’s indeed a very interesting coincidence.

Technically, these could be the same processors, just for difference purposes. Obviously, the Extreme Edition is not necessarily a term associated with AMD processors, as it was commonly used by a competitor – Intel – for their high-end desktop CPUs.

Our theory is that the Extreme Edition carries a higher TDP than Ryzen 7 4800U, which could be anything between 15 to 25W (that’s cTDP for Renoir U-Series), and it is being prepared for a very specific ultra-thin OEM design. 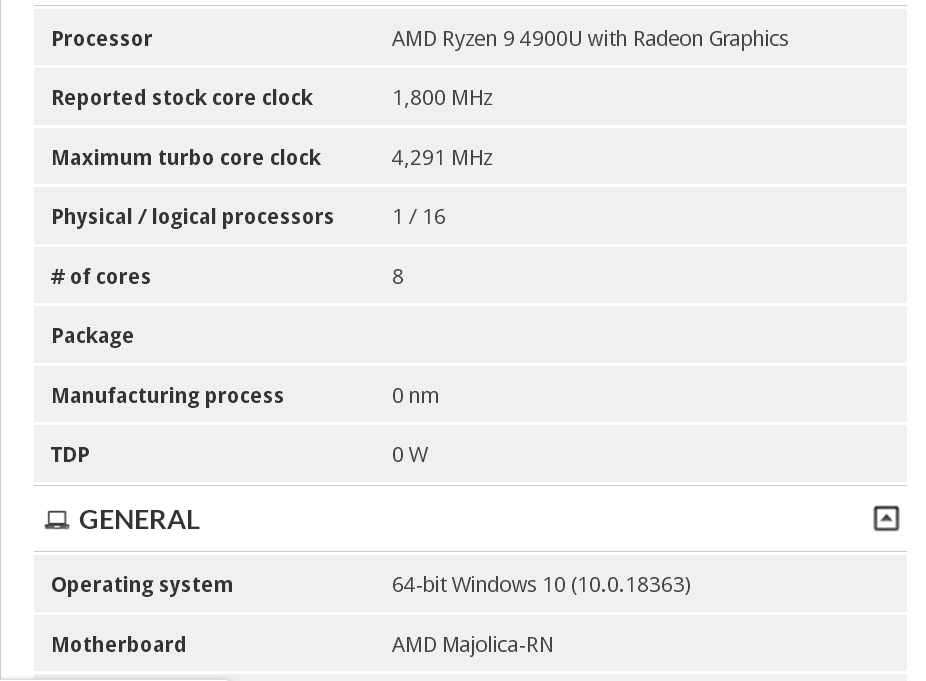 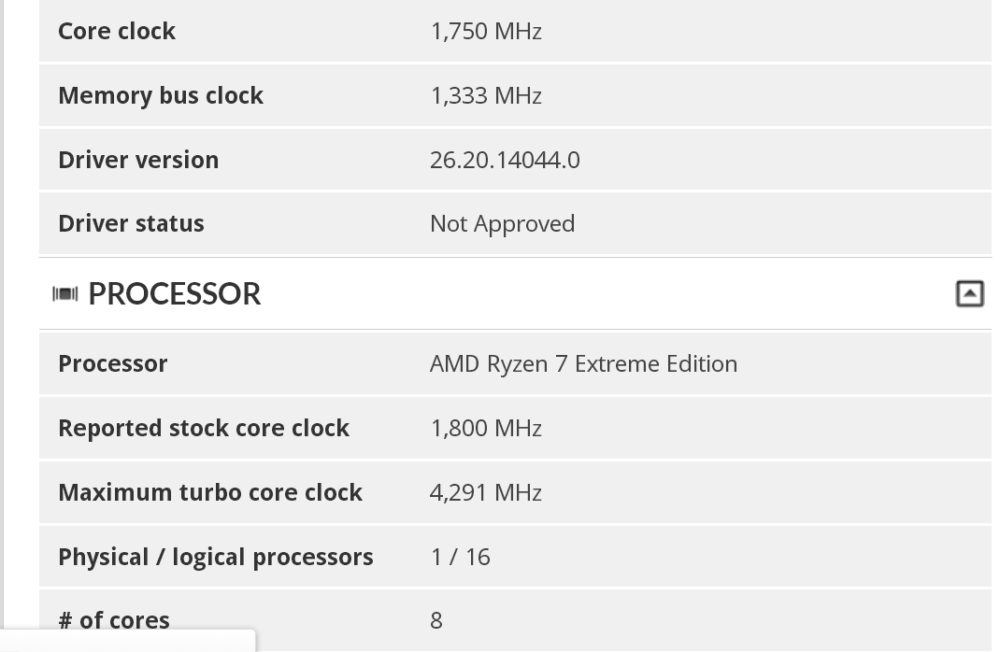