AMD Ryzen 3000 XT series has been listed by one of the biggest French retailers – Materiel.net

The upcoming Ryzen 3000XT series has been listed with its estimated retail pricing and specifications. The data listed by Materiel appear to reflect the original specifications leaked through Chiphell. We are not yet sure if these are correct as 3DMark leaks are suggesting that 3900XT could actually be 100MHz slower than previously expected (4.7 GHz in 3DMark leak vs 4.8 GHz in Chiphell leak).

It is very likely that due to the new “Ryzen XT” naming schema, AMD indents to sell both, the XT and X SKUs at the same time. That said, they are not, so to speak, successors. AMD Ryzen Matisse Refresh is, however, expected to be the last stop before we see Vermeer CPUs based on Zen 3 architecture. 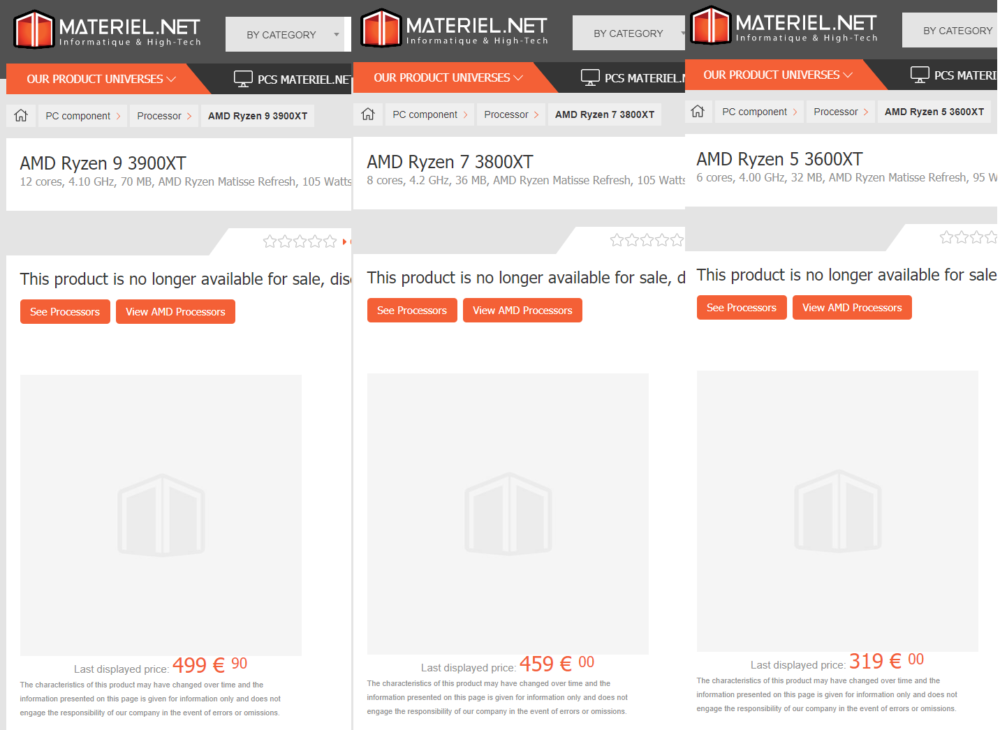 This post is not about the prices, because Materiel’s pricing is generally very high compared to other French and European sellers. Thus, the chart you see below has two columns: for Materiel alone and EU-wide pricing at launch and current. This should equip you with an idea of how much cheaper they may be in other stores.

Our sources believe that Ryzen 5 3600XT will cost ’28 USD’ more than Ryzen 5 3600X. We share this information because we have already heard this from two sources.