Just a month away from rumored launch, the first Canadian retailer is now listing four Ryzen CPUs based on Zen4 architecture.

One should note that this pricing is for the models without the cooler (WOF). Leaker @momomo_us who discovered those listing also mentions that AMD will be selling those CPUs on a tray (for system integrators), but there is no sign of the boxed version with a cooler thus far. 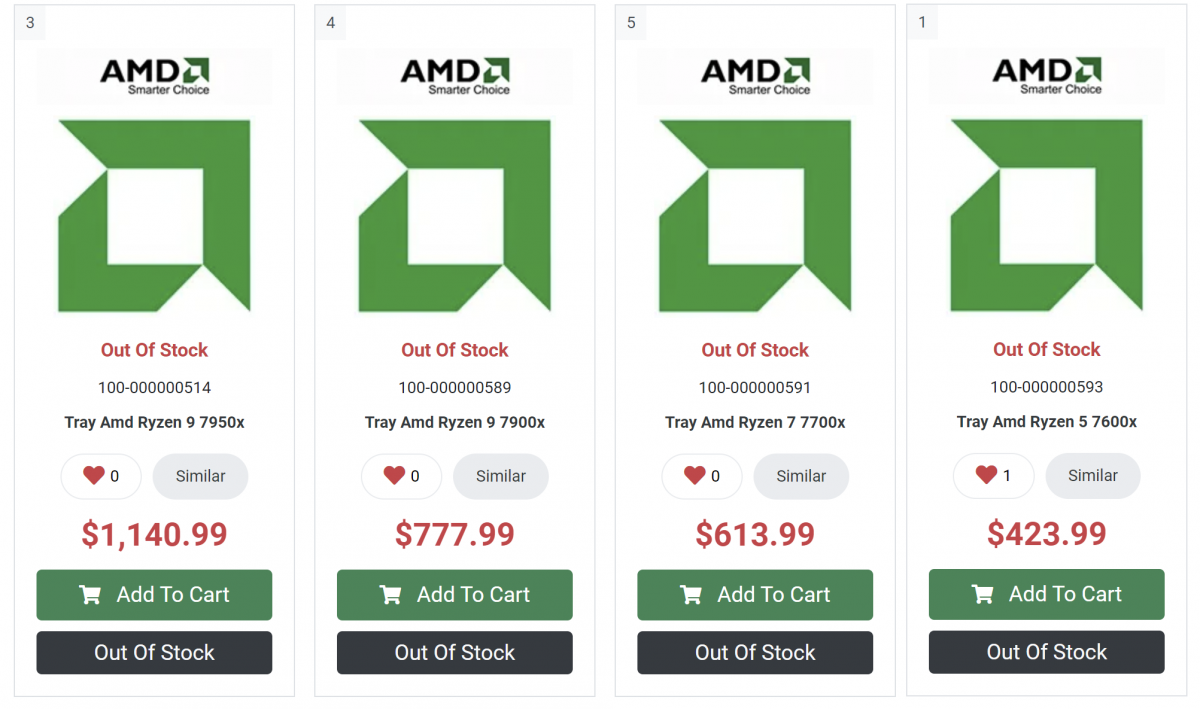 It goes without saying, but these are more than likely not final prices for Ryzen 7000 series. Retailer often list new hardware with place holding information before their distributors provide final and confirmed prices, usually just days before launch. What is interesting about this leak though, is that customers can now preorder Ryzen 7000 CPUs from PC Canada, which is technically the first shop to give this option.

As the rumors stand right now, it is expected that Ryzen 7000 series will launch in September. Although AMD has not confirmed it yet, the plan was to announce the new desktop Ryzen series on August 29th, a day after Gamescom.