AMD has now confirmed that Ryzen 7000X3D launch date is not February 14. The company claims it was a mistake. More here.

The CPU maker confirms the launch date for their 3D V-Cache Zen4 CPUs.

AMD Ryzen 7000X3D now have a release date, as was spotted by Overclock3D. AMD have just updated its website with new information for 3D V-Cache enhanced Ryzen series. All three SKUs that AMD had announced at CES 2023 are set to launch on February 14th, as it is now shown: 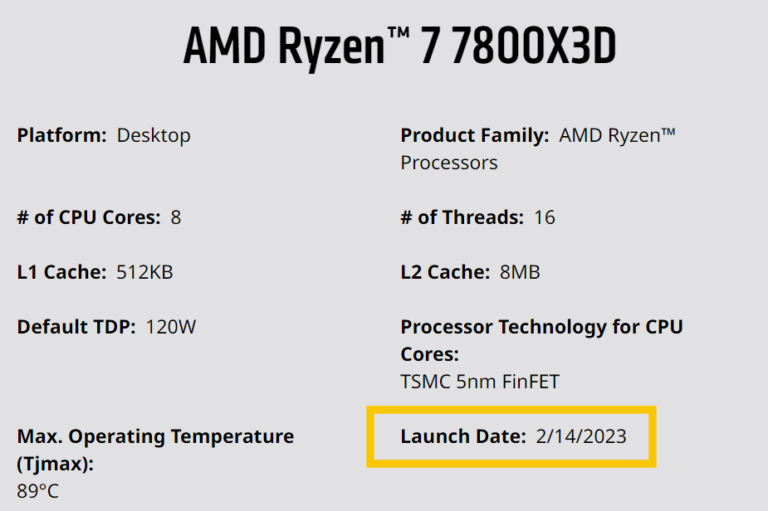 The Zen4 desktop series featuring 3D V-Cache are the newest addition to the Ryzen 7000 family. Yesterday AMD updated the lineup with non-X SKUs, which have extended the offer with 65W SKUs. This product lineup is now set to compete with a long list of Intel LGA1700 CPUs, including 12th and 13th Gen Core CPUs, and there are quite a lot of them already.

AMD is claiming that their Ryzen 9 7950X3D is to offer better gaming performance than Core i9-13900K CPU, at least in the titles picked by AMD (please note that the slide incorrectly says Ryzen 7):

Hopefully, AMD is preparing a lovely gift to gamers by offering their best Ryzen 7000 CPUs at a great price, whether that’s the case we should know next month.