AMD has updated its webpages with full specs of the Ryzen 7000X3D CPUs.

The three of the upcoming Ryzen 7000X3D CPUs will come in a new box design. The so-called PIB (Processor in Box) package will now show bright orange and silver accent featuring ‘3D Vertical Cache technology’ logo. This way, consumers can quickly distinguish between X3D and X-variants of Ryzen 7000 CPUs. 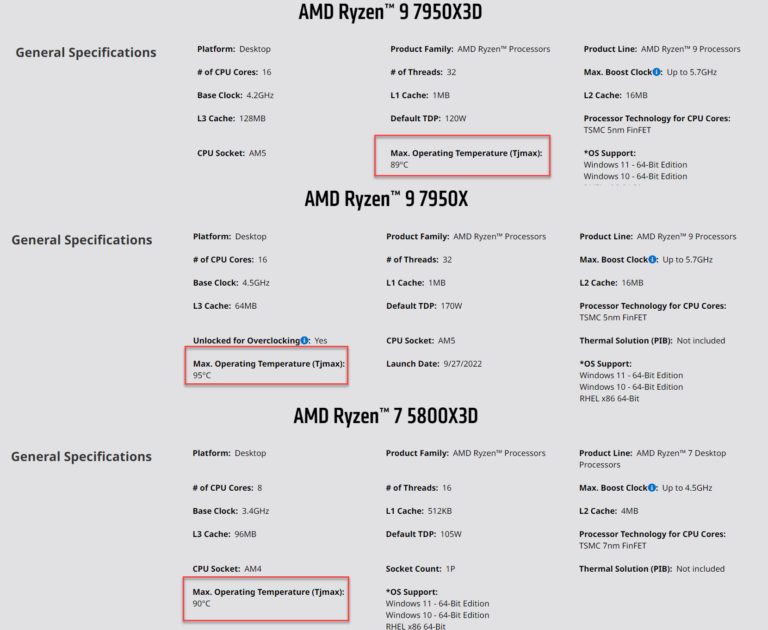 When it comes to overclocking, AMD will not enable full OC on the new parts either. The maximum voltage of 7000X3D parts will indeed be higher than last gen (1.4 vs 1.1V), but manual overclocking is still out of question.

AMD is still reluctant to share full details on their 7000X3D CPUs, as more information is to follow shortly before launch in February. However, it is now confirmed that manual overclocking of these CPUs will be limited as well.

One should note that 7000X3D series will support PBO (Precision Boost Overdrive) and Curve Optimizer, so AMD is at least enabling some sort of fine-tuning for the new series with 3D V-Cache. This will be recommended and safe option to optimize these power and voltage-sensitive CPUs.