The latest rumors suggest that the top 16-core configuration might require up to 170W of power.

AMD already said a lot about its Ryzen 7000 desktop series, now allegedly coming in the third quarter. Those new series of processors will be the first major platform change for Ryzen series since its debut in 2017. The new CPUs will move away from PGA socket in favor of LGA, but will retain the same package size and cooler compatibility with existing AM4 processors.

AMD is currently not planning a 120W Ryzen 7000 SKU, contrary to the leaks from August last year. The top SKU is supposedly launching with 170W TDP will require liquid-cooling with at least 280 mm radiator. This part would reportedly feature 16-cores and 32 threads, so exactly the same configuration as the current Ryzen 9 5950X CPU:

With no sign of 16+ core SKUs, AMD would have not updated its product stack for 2 generations now. It is not quite clear if Zen4 with more compute chiplets is planned, but such plans are being drawn for its successor, codenamed “Granite Ridge”. Whether that means mainstream desktop 24 or 32 cores in 2023-2024, that is yet to be determined. 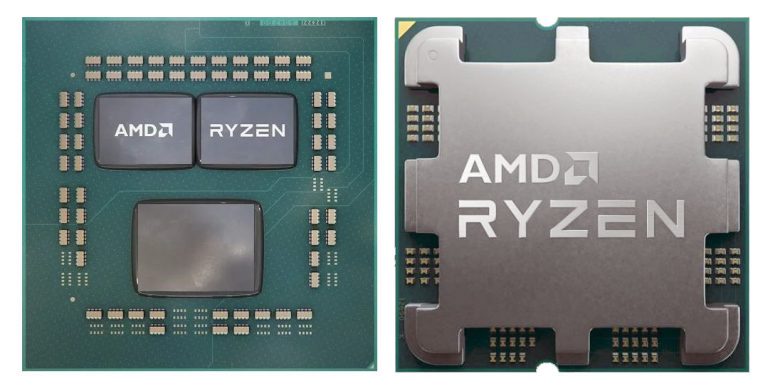 AMD AM4 vs AM5 package, Source: AMD

It is important to note that Intel 13th Gen Core “Raptor Lake” series (also launching by the end of this year) will increase core count over Alder Lake series. The new series is rumored to feature twice as many ‘Efficient’ cores and as a result 24 cores and 32 threads in its full desktop configuration.