AMD Rembrandt is coming or this is just a typographic error?

HP makes another unexpected pre-announcement. The company is notoriously listing hardware that has not been released yet, and today’s leak is no exception. As spotted by leaker momomo, HP now wants to launch Ryzen 7000-based system soon, as indicated by the All-in-One desktop systems listing: 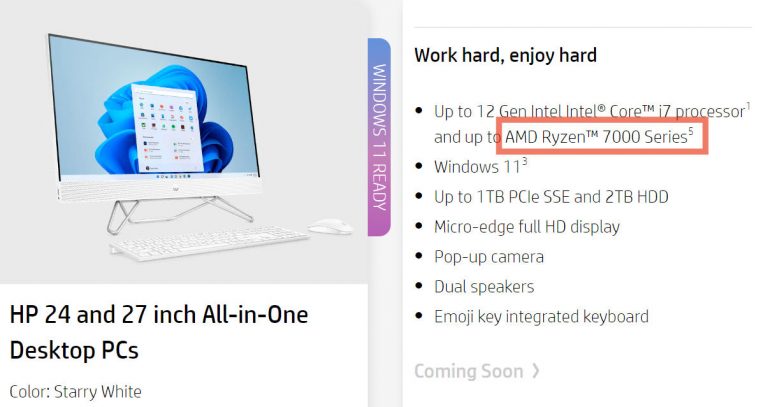 AMD was not expected to introduce the 7000 series this soon, in fact, we were expecting Rembrandt APU based on Zen3+ and 6nm process technology to launch as Ryzen 6000 right before the company switches to Zen4 microarchitecture. Not only that, but AMD is also launching its 3D V-Cache Ryzen Zen3 products possibly early next year at CES, and no one expected them to launch as Ryzen 7000 series as well. This naming shift would definitely cause a lot of confusion. One possibility is that HP only meant to list ‘Ryzen 7’ and additional zeros are just a simple mistake.

The HP 24 and 27-inch All-in-One desktop PCs will also be offered with Intel 12th Gen Core series codenamed Alder Lake, possibly the non-K variants or their mobile series (Alder Lake-P or M) which are expected to debut next year as well. 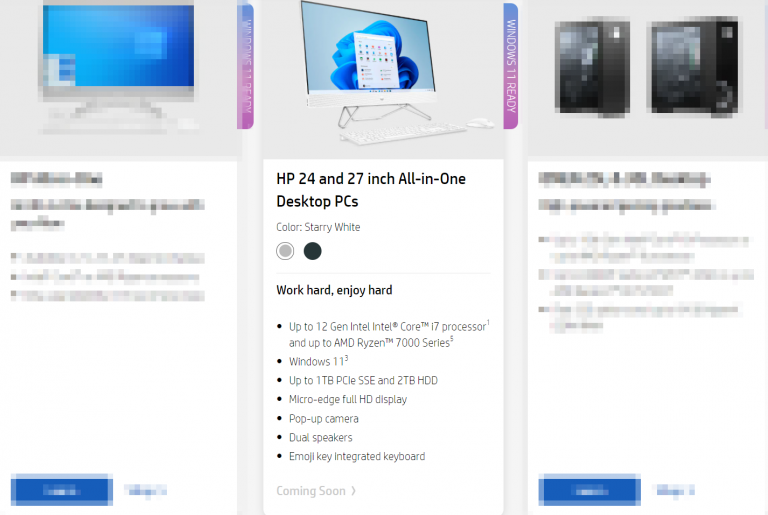 Interestingly, the footnotes to which the listing is referring do not exist. This is either a mistake or a preliminary listing, either way, it’s the first trace of the Ryzen 7000 series listed by any AMD OEM partner yet.