More than a week after Black Friday and Cyber Monday, AMD has not increased the prices of their Ryzen 7000 CPUs.

It looks like AMD Ryzen 7000 pricing is not coming back to the original MSRPs. More than a week after Black Friday deals, which was the reason for  massive discounts on AMD’s latest AM5 desktop CPUs, the company has not adjusted the pricing back.

Newegg pricing can go even lower thanks to some promo codes.

BestBuy still has the same prices implemented as they did 2 weeks ago. Only the flagship SKU is now unavailable.

Chinese e-tail stores were among the first to implement lower Ryzen 7000 pricing (this was much sooner than any western retailer). This pricing is still implemented by the official AMD store. 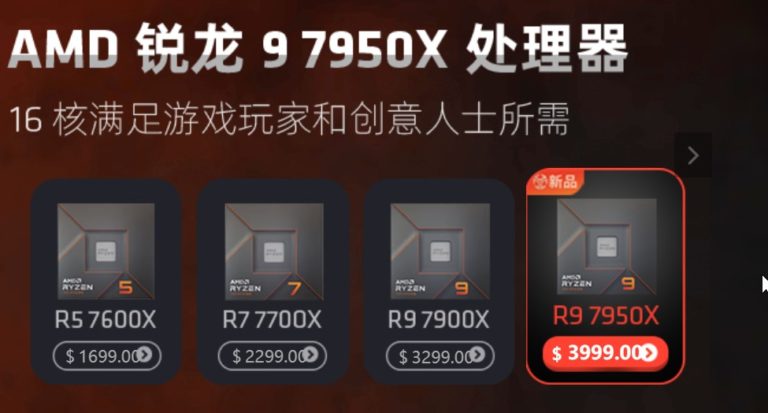 In Europe, one can see pricing going up and down by €30 for the 16-core CPU. However, it does not appear that any retailer has plans to increase pricing any further.

AMD Ryzen 7000 CPUs have been discounted by up to $125. The company has implemented 12.5 to 17.8% price cuts on their desktop CPUs, just as we anticipate Ryzen 7000 non-X update next month and even faster SKUs called 7000X3D in the first quarter next year.