Ryzen 7000U is a mixed bag of different architectures.

New series do not always come with the newest architecture. This was somewhat expected, but now there is a confirmation. AMD’s newest 6-core Ryzen 5 7530U has now been spotted over at SiSoftware website. It was listed alongside ASRock’s new industrial Mini-PC 4×4 series, which are supposedly getting an update to Ryzen 7000 series.

According to AMD’s new naming schema, this CPU has 3 generation Zen architecture, aka Zen3 or Zen3+. What this means is that Ryzen 7000 series will feature three different architectures already:

The official slide also mentioned Rembrandt Refresh, but thus far no such part was seen in any leak. The Ryzen 5 7630U processor is listed with 6 cores, 12 threads and clock speed at 2.0 GHz (supposedly a base clock). The L2 cache of 512KB per core and 16MB total L3 cache confirms it is either Zen3 or Zen3+. 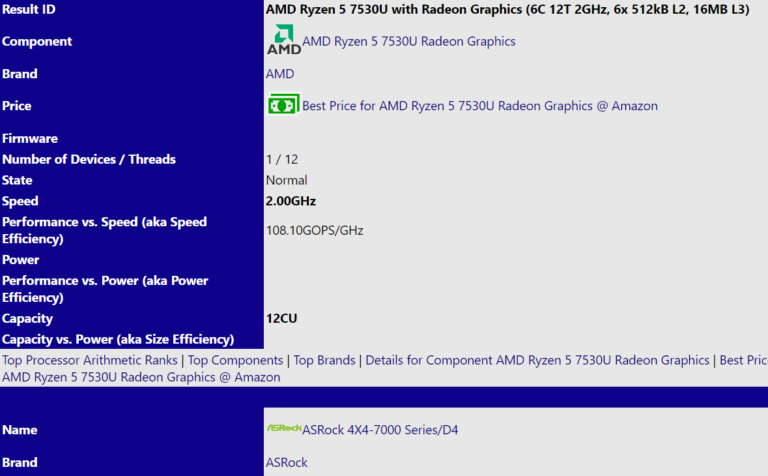 If we look at Ryzen lineup from a broader perspective, including desktop and mobile CPUs, then Ryzen 7000 would be the first series to support three different architectures.