AMD confirms its Ryzen 7000 series are to launch this fall.

Unfortunately there are no SKUs names or a launch date for Ryzen 7000 series, but tomorrow AMD is introducing its next-gen mainstream desktop series alongside X670E, X670 and B650 motherboard at Computex.

AMD reaffirms its Ryzen 7000 series will support PCIe Gen5 standard as well as DDR5 memory technology. The LGA1718 socket will retain compatibility with AM4 coolers. Furthermore, the rumor about high-power TDP SKUs has been confirmed. The next-generation AM5 socket will support up to 170W, however, this is not mentioned for Ryzen 7000 specifically. 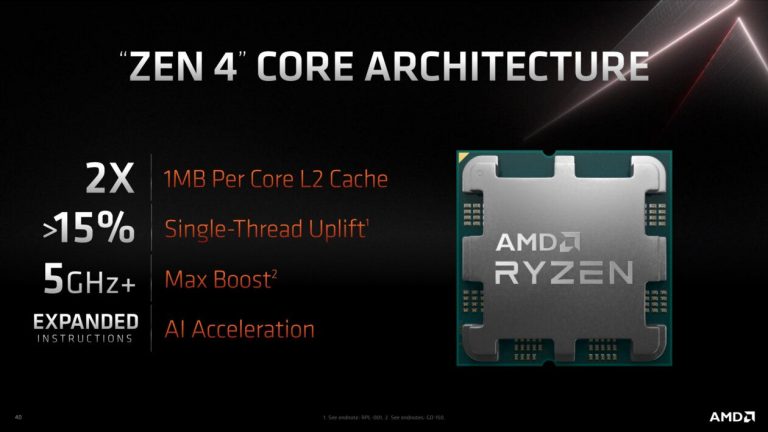 In terms of performance, AMD is claiming its Zen4 core architecture will offer over 15% single-thread uplift, 2X bigger (1MB) L2 cache per core and Max Boost over 5 GHz.

Furthermore, AMD has finally revealed what is under the new heatspreader. There are two 5 nm Zen4 core chiplets and one 6nm I/O. There is clearly no room for a third CCDs, but there is really no way to tell how will this design evolve in next generations. 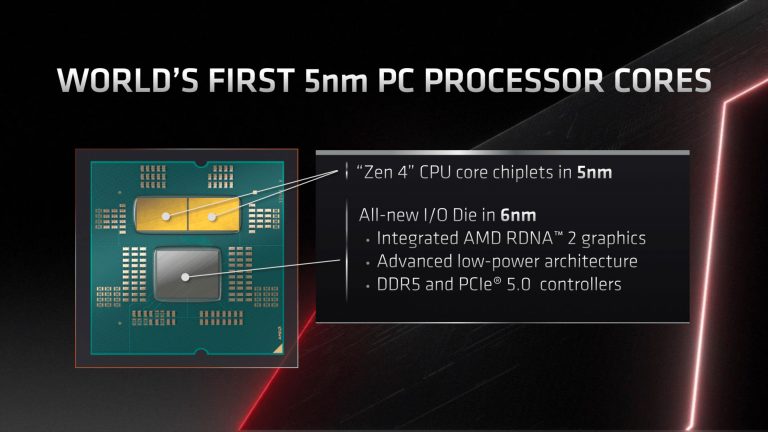 AMD also confirms its Zen4 desktop CPU will feature integrated RDNA2 graphics. The new desktop Ryzen 7000 series are officially set to launch ‘this fall’, but this as far as the exact date goes.