An engineering sample of Ryzen 7000 CPU makes its first appearance in a BaseMark database.

The result featuring AMD processor with an OPN code of “100-000000593-20_Y” has been discovered by hardware leaker @TUM_APISAK. This product code has not yet been seen before, so it is hard to pinpoint the exact SKU that this engineering sample might be in a retail version, however we do know it’s a 6-core SKU, and it was tested using Gigabyte X670 AORUS Master motherboard.

Since this board only supports a next-gen AM5 socket, the likelihood of this being an AMD Ryzen 7000 CPU is very high. This processor was tested alongside an NVIDIA GA104 based GPU which is a workstation RTX A4000 model. 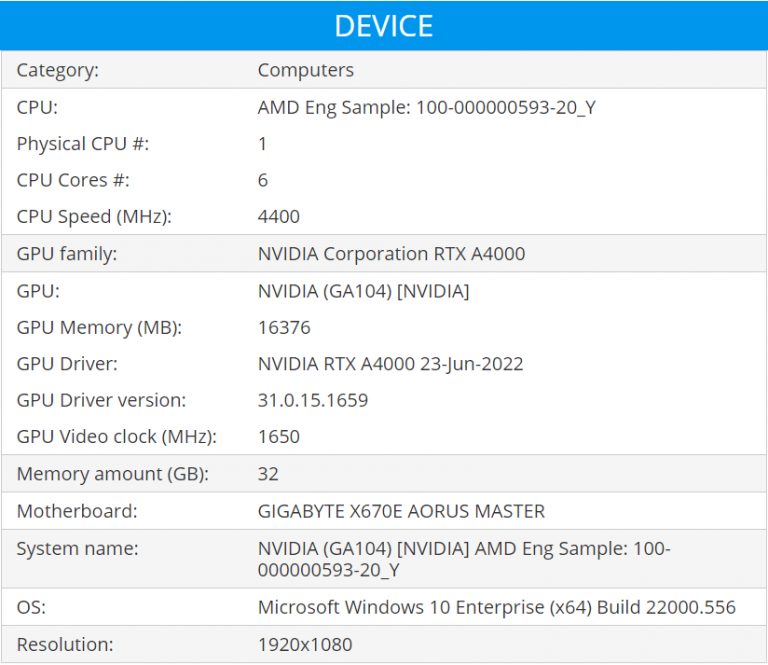 BaseMark tests are not very popular these days, but it with no effort @harukaze5719 found a very similar test featuring Zen3 based Ryzen 9 5950X SKU. In this case, the alleged Ryzen 7 7600X CPU is actually faster, despite being in engineering state and reportedly running at 4.4 GHz. 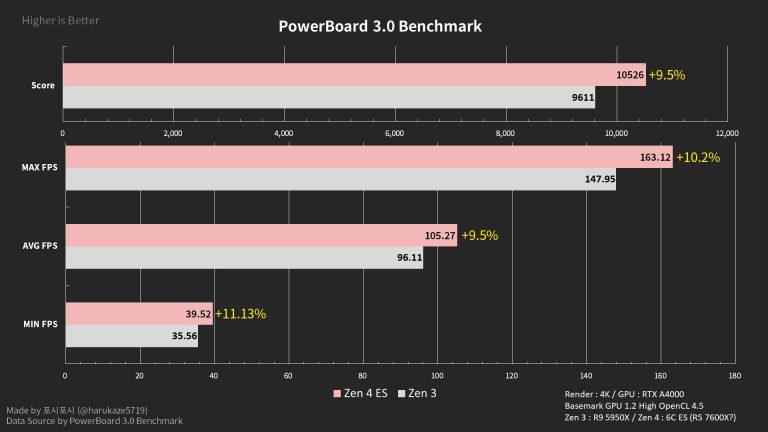 The most recent rumors suggest AMD Ryzen 7000 series might already appear as early as August this year. AMD has not yet communicated any press event planned for next month. In September, Intel will be hosting its Innovation developer forum, where 13th Gen Core “Raptor Lake” CPUs are likely to be announced.