An engineering sample of the AMD Ryzen 5000G CPU has been put through some overclocking.

AMD’s Cezanne AM4 APUs have been widely available in China, despite the manufacturer not announcing or even teasing the new CPUs. It would appear that AMD has sent out the first batch of its upcoming 8-core/16-thread APUs based on Zen3 architecture to system integrators and OEMs for validation. While those products are all confidential and not available for reselling, this has not stopped some entities from distributing the samples further, in fact, some samples even ended up on eBay. 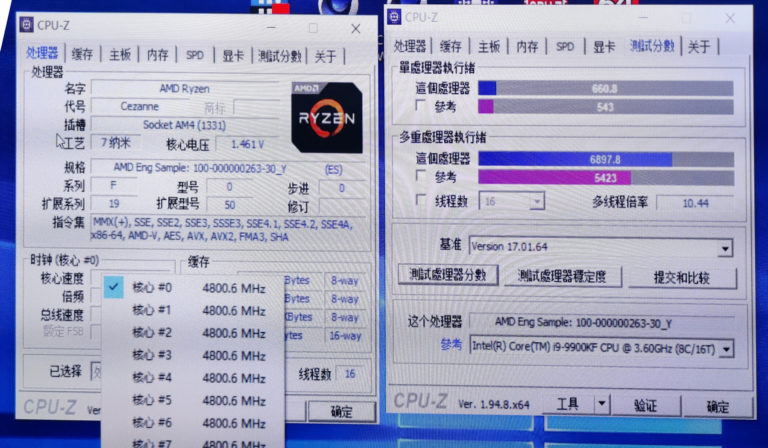 The sample tested by the user is clearly the PRO variant. This is known due to TSME encryption (Transparent Secure Memory Encryption) mode being present in the BIOS. The PRO 5750G and 5700G SKUs should offer similar if not identical specifications though. However, the latter has not yet been confirmed through any leak. It is unclear if AMD has any plans to launch non-PRO variants for system integrators and possibly DIY builders.

According to the message and screenshot posted at Baidu, the sample has been tested at 4.8 GHz, which was achieved at 1.47V. This was a relatively stable configuration, claims the leaker. Meanwhile, 4.9 GHz (4890 MHz) at 1.5V has not been stable but was successfully applied during light loads and gaming. The user is seeking advice on how to further optimize the performance to stabilize the frequency.

At 4.8 GHz, the APU scored 660 points in the single-core CPU-Z benchmark and 6898 points in multi-core. This is within the range of desktop Ryzen 7 5800X CPU, which is too 8-core/16-thread CPU, but it ships with 100 MHz higher turbo out of the box. With overclocking applied, the monolithic Cezanne APU will offer similar if not better performance once it reaches the market in its final form. After all, this is still an engineering sample. 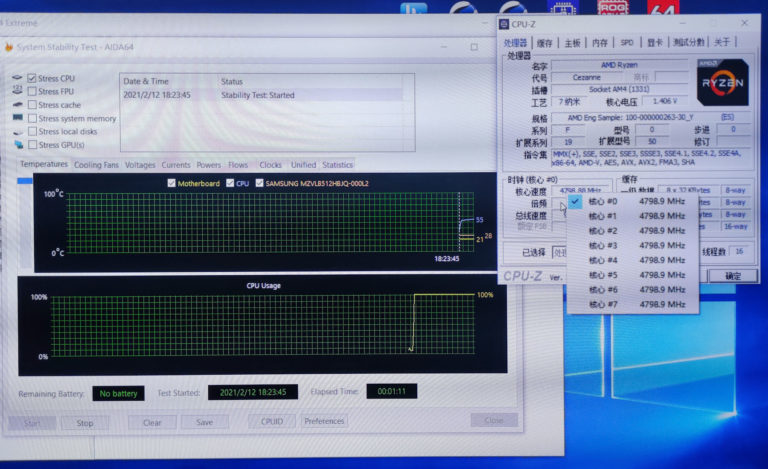 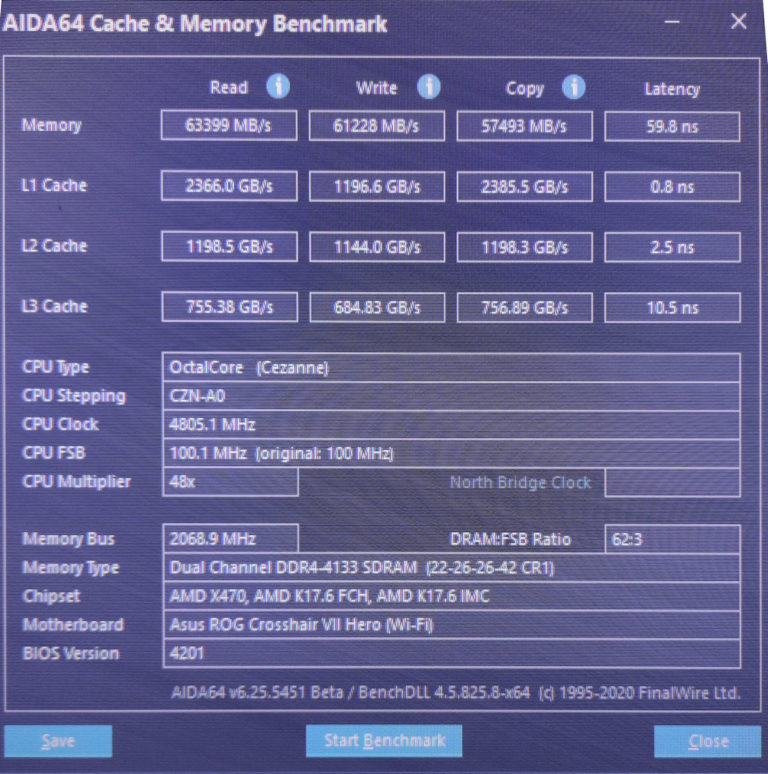 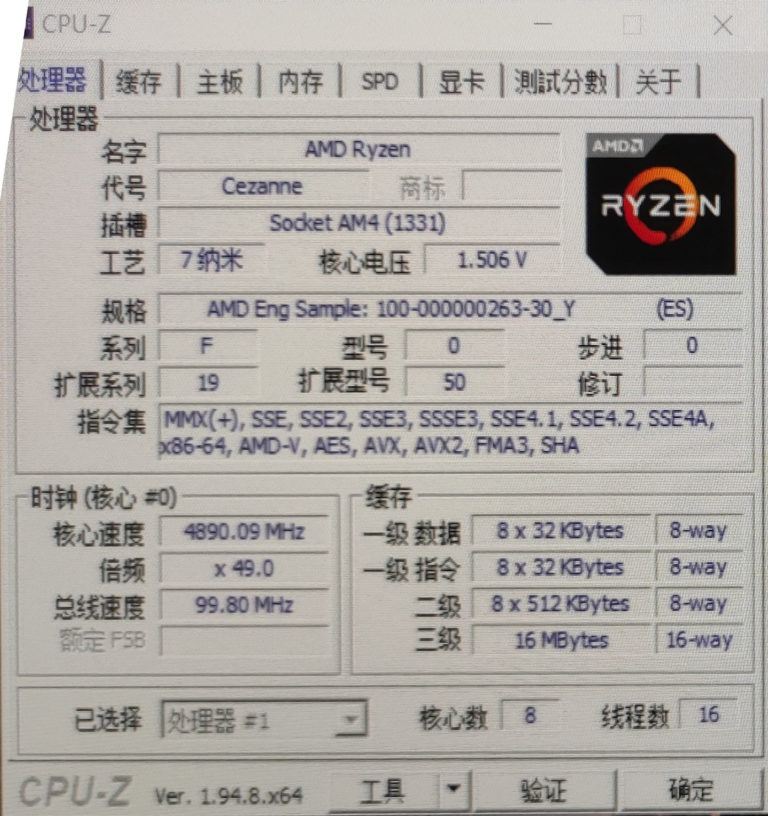