Over at AnandTech forums there is a picture of the upcoming Ryzen 7 7700X CPU.

The photo shows how the final version of AMD Raphael 8-core CPU is going to look like. This is the first time we are seeing laser engraving with proper AMD Logo and SKU name on the CPU. The sample has an OPN code of 100-000000593 confirming previous rumors that this is indeed the 7700X CPU. According to SkyJuice from Angstronomics, this particular processor has the “D” marking which suggest this is a pre-retail version, possibly a review sample. 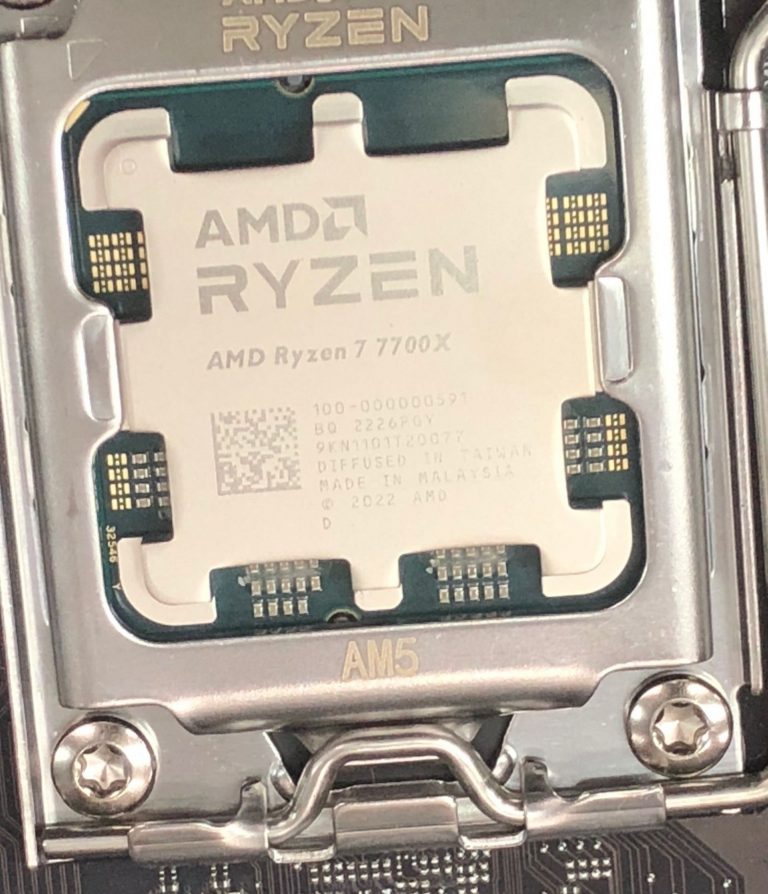 The Ryzen 7 7700X is therefore the first CPU to leak ahead of launch. AMD is supposedly planning four Zen4 desktop processors with up to 16 Zen4 cores to debut alongside the premium X670 motherboard series.

AMD is now set to announce Ryzen 7000 series on August 29th, but the availability is not planned until late September.