The score AMD’s upcoming 8-core CPU known as Ryzen 7 7700X has been revealed by Extreme Player, a hardware reviewer better known for various tests of Intel unreleased CPUs. Extreme Player managed to obtain a Cinebench R20 test result for this CPU, which is actually the only score revealed by the content creator. 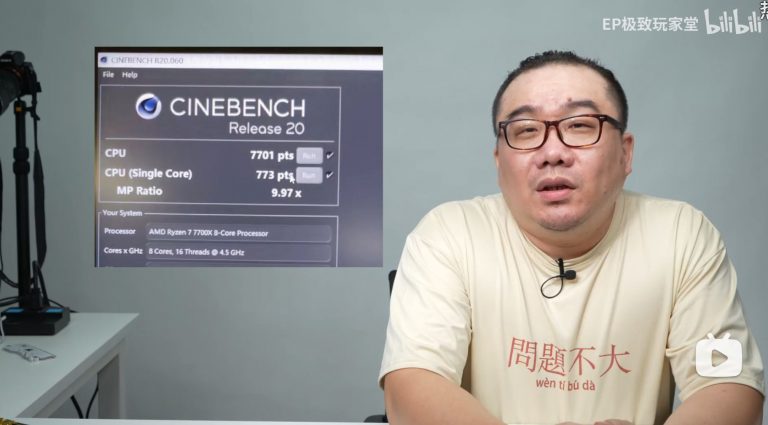 The only CPU that faster is Core i7-13700K from Raptor Lake series which scores 814 points as per the leaked benchmarks. This CPU offers twice the cores (including Efficient cores), in multicore test it performs 46% faster.

AMD is now set to announce Ryzen 7000 series officially on August 29th, so just a couple of days away.