The Phawx tests the just released Win Max 2 handheld console by GPD. This gaming product is now available in two configurations, either with Intel Alder Lake Core i5-1260P or AMD Ryzen 7 6800U. Both units were tested and there is a clear winner in this competition. 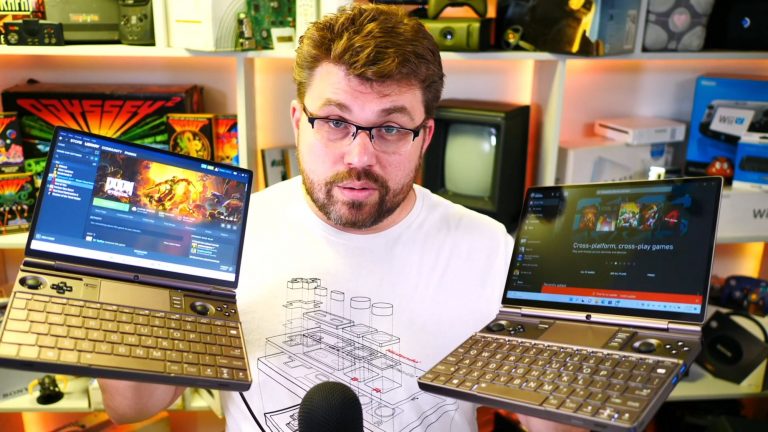 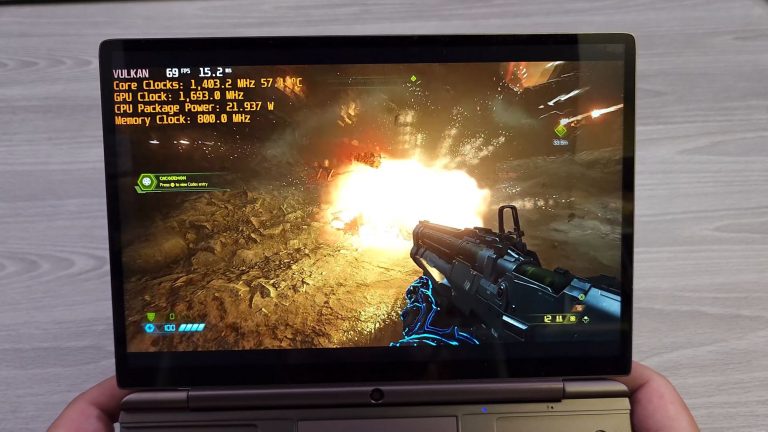 In short, AMD Ryzen 7 6800U version is a lot better, mainly due to its more powerful RDNA2 graphics featuring a full 12 Compute Unit configuration. Although Intel Core i5-1260P also comes with fully enabled Xe-LP graphics featuring 96 Compute Units, Intel architecture is not as efficient, and as a result, performs worse in these gaming tests.

The GPD Win Max 2 is not just a console though, but rather a small laptop with a gamepad. This means that there are single-threaded workloads in which the Intel CPU is better, however, the vast majority of users will spend more time with this device while gaming.

The review features extensive, hours-long tests which were rushed for publication before the GPD console launched with the Indiegogo campaign. This means that although a lot of work was already done, there are still many tests that will be added later. The few charts that Cary Golomb (The Phawx) shared on Twitter feature the most prominent differences between processors, with AMD RDNA2 GPU often being twice as good. 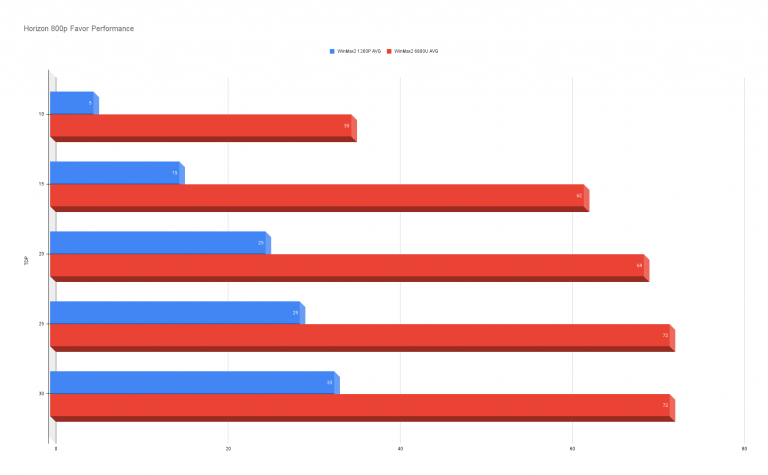 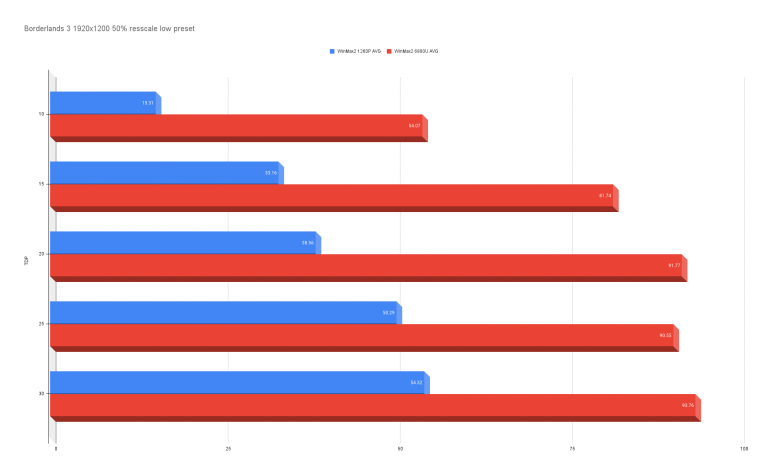 Look I don't know who needs to hear this, but if you were buying a GPD Win Max 2 in a few hours, please only get the 6800U. Intel does have some slightly faster single threaded. but goodness gracious it's just getting slaughtered. pic.twitter.com/GtEoaBXGde

Furthermore, an interesting chart focusing on TDP to FPS comparison for CPU-bound Unigine Heaven test running at 800p was shared. Obviously, the reviewer wants to see how efficient Ryzen 7 6800U is in the 5 to 25W TDP range based on the number of enabled cores. It is concluded that below 15W, the octa-core configuration is the most efficient, while above this power level quad-core should be the primary choice.

Unfortunately, such a chart was not provided for Intel CPU, but this might change later, once The Phawx spends more time with both consoles. Such a chart will also be more complicated and time-consuming to make due to Intel CPU using the hybrid architecture of Performance and Efficient cores, which is not the case with AMD CPU. 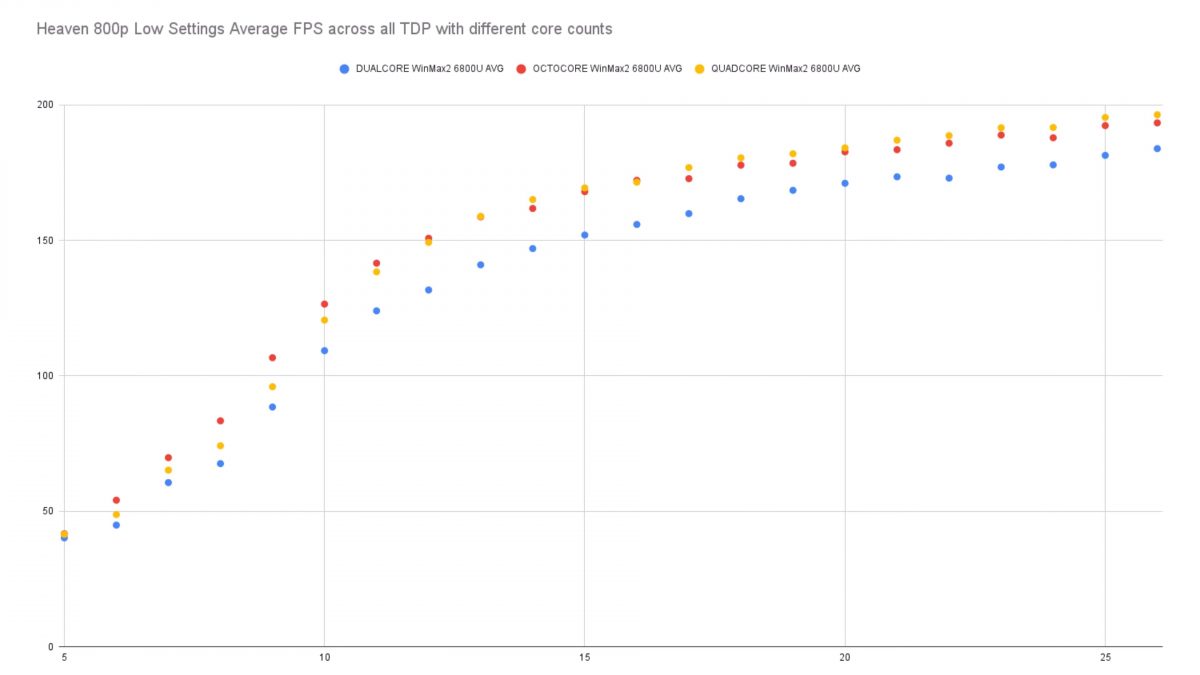 Anyway, we encourage readers to check the full review of this device. This is truly the golden age for handheld gaming consoles, as we finally have power-efficient and gaming-capable low-power processors. This is why so many Ryzen 7 6800U consoles were already announced and these should become available on the market in the coming months.