XanxoGaming continues to test their Ryzen 7 5800X3D CPU, thus far the only media in the world that has the CPU and is not under any embargo. A day after they published synthetic test results of the new AMD CPU, they finally have a gaming benchmark, but it’s probably not what many of us expected.

The publication tested only one game thus far, Shadow of the Tomb Raider, at 720p resolution and custom ultra settings (ultra shadows). Such scenario is commonly used for CPU tests, but more than likely to show smaller differences once the resolution goes higher.

The test has been performed using CapFrameX software with direct help of the developer. This ensures that the process is as accurate and comparable as possible. What is interesting here is that the 5800X3D with RTX 3080 Ti GPU is actually faster than i9-12900KF processor with RTX 3090 Ti, clearly showing that this is a CPU-bound test. 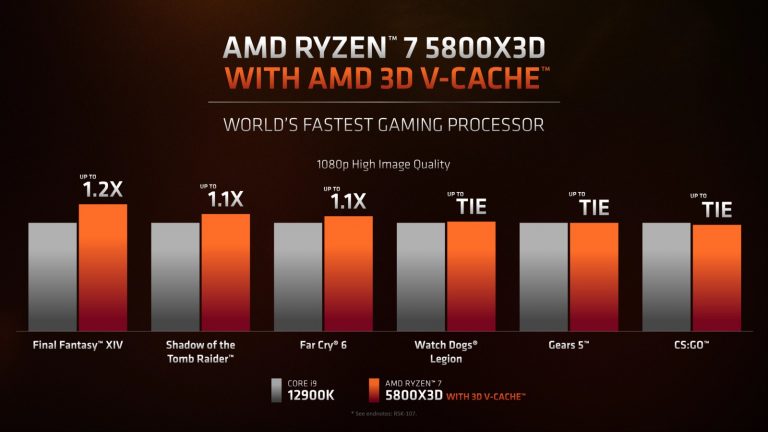 XanxoGaming is currently working on 11 game tests at 1080p resolution. Those tests from what we are told are finished, but the data still needs to be compared to Intel system, which may take time. However, we should expect more results in the coming days.