AMD Ryzen 7 5800X3D reportedly does not support overclocking (yet?)

According to the message posted by 老弟一号 on Bilibili (Chinese social media platform), the upcoming Ryzen 7 5800X3D does not yet support overclocking. What is important to note is that nowhere does the original poster confirm that this is a permanent lack of this feature, or rather just the current state of the firmware support.

The original message comes with an attached picture of the processor with the OPN and QR codes blurred out. AMD has not yet shown this CPU with the integrated heat spreader installed: 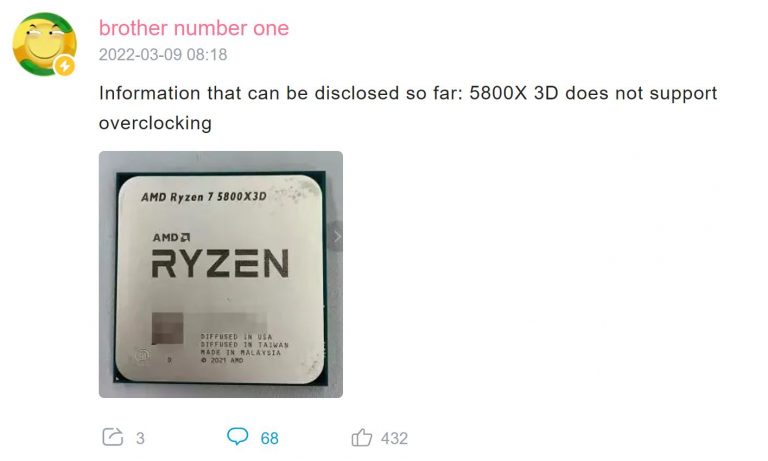 The 5800X3D is AMD’s first consumer CPU featuring 96MB of 3D V-Cache stacked on a single 8-core chiplet. Yesterday we reported that this SKU will be released on April 20 with an MSRP of 449 USD, which was the original price of the Ryzen 7 5800X. The latter is expected to receive a price cut once the new X3D part comes out.