The delidding process of AMD Ryzen 5000 processors is often considered unnecessary, because these CPUs are already soldered to the heat spreaders, therefore providing good thermal conductivity. Others claim that despite all the risk involved, it is still worth a try, just to replace it with higher quality liquid metal and gain those few degrees lower temperatures.

The 8-core Ryzen 5800X3D CPU is built differently than other Ryzen 5000 CPUs. This processor has an additional layer of L3 cache on top of the CPU core chiplet, which theoretically adds a risk of that layer being damaged during delidding the process. The complex delidding of Ryzen 5000 CPUs involves solder heat up and razor cutting around tiny capacitors. There is a lot that can go wrong here. A thin layer of 3D V-Cache certainly does not make it easier.

Madness!! has successfully delidded this processor and claims that his sample is no longer heating up to 90° with Noctua ND-D14  cooler, but it is not explained under what workloads. Nevertheless, it appears that the processor is working.

I can't believe I'm saying this but the 5800X3D has been delidded!
It doesn't hit 90°C anymore :D pic.twitter.com/xV5QQfCdoE

In fact, Madness provided a screenshot showing the improvement after the delidding process, clearly showing lower temperatures and higher average clock speed of the CPU.

One thing is sure, the delidding process for Ryzen 7000X3D CPUs will be even more problematic. The new heatspreader has capacitors all around, which means even more precision will be required. But it will be done for sure, given how easy it was for extreme overclockers to delid Ryzen CPUs in the past. It is just a matter of how many CPUs need to be sacrificed first. 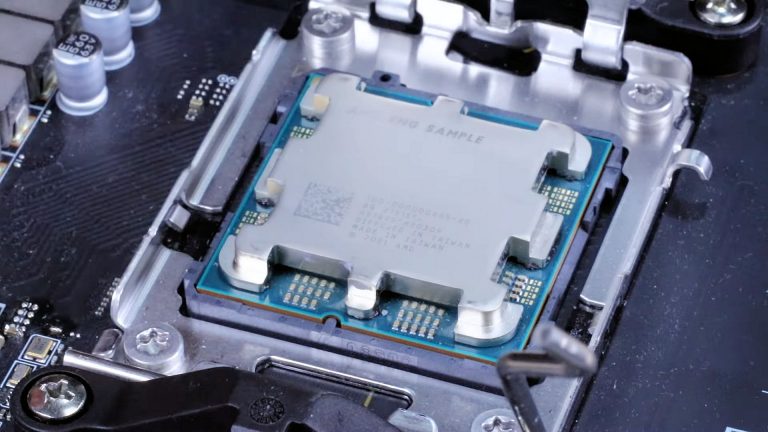