AMD’s new Ryzen 5000/4000 CPUs are not to launch until next month (April 20th), which means that consumers will have to wait another few weeks for independent reviews to be published. Officially, AMD is claiming that its X3D part is on average 15% faster than Ryzen 9 5900X in games.  In addition, the company also confirmed that the additional 64 MB cache will show better results in games, rather than synthetic benchmarks.

The Geekbench CPU scores appears to be a good example of that. With no performance uplift in single-core test, the CPU is actually still able to score 9% higher in multi-core, and that’s despite featuring lower clock speeds.

The 5800X3D is an 8-core and 16-thread Zen3 processor based on a silicon codenamed ‘Vermeer-X’. It comes with a total of 96 MB of cache (32+64), which is three times as much as 5800X. The CPU will retain the same TDP envelope of 105W, but in terms of CPU frequencies, it is 200 to 400 MHz slower. Unfortunately, there is no ‘simple’ way to increase the clock speed. AMD already confirmed that this SKU will not support overclocking in a traditional way. 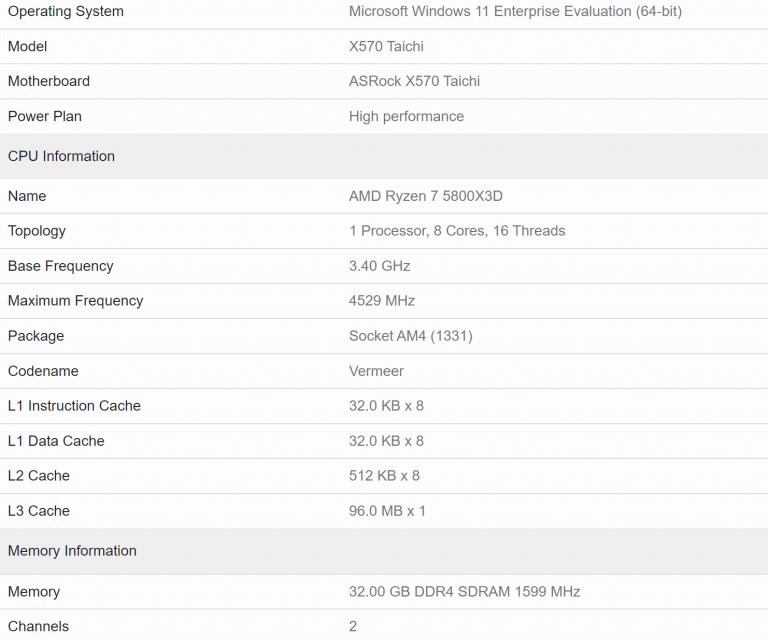 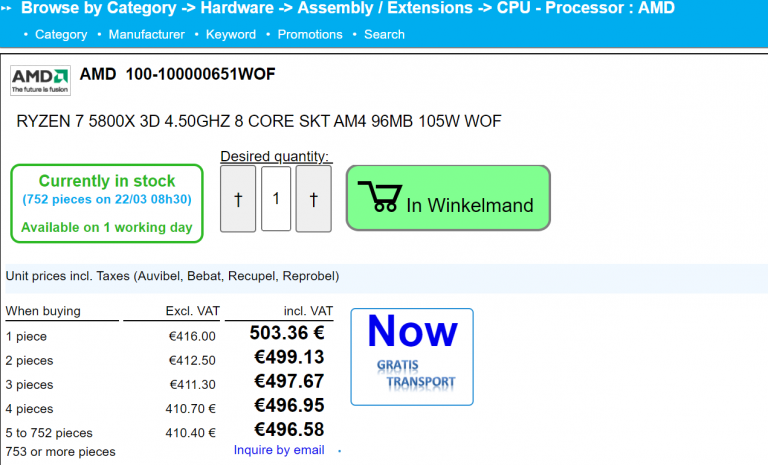 AMD Ryzen 7 5800X3D is launching in April 20th alongside a number of new Ryzen 5000 and 4000 SKUs. This is most likely AMD’s last effort to keep AM4 platform alive before officially switching to AM5 socket for Zen4 platform.