Intel Alder Lake-S CPUs have only been officially available on the market for 2 days, but it apparently was enough for retailers to realize that AMD Ryzen 5000 series need a price cut.

One of the largest US retailers, MicroCenter, is among the first to lower the price of “Vermeer” CPUs. The Ryzen 5 5600X which is a 6-core and 12-thread CPU has now been listed at 280 USD, which is a reduction of 30 USD from the original price. However, there is now an even better deal on the 8-core Ryzen 7 5800X which has been reduced to 300 USD, a price cut of 150 USD from the original listing. 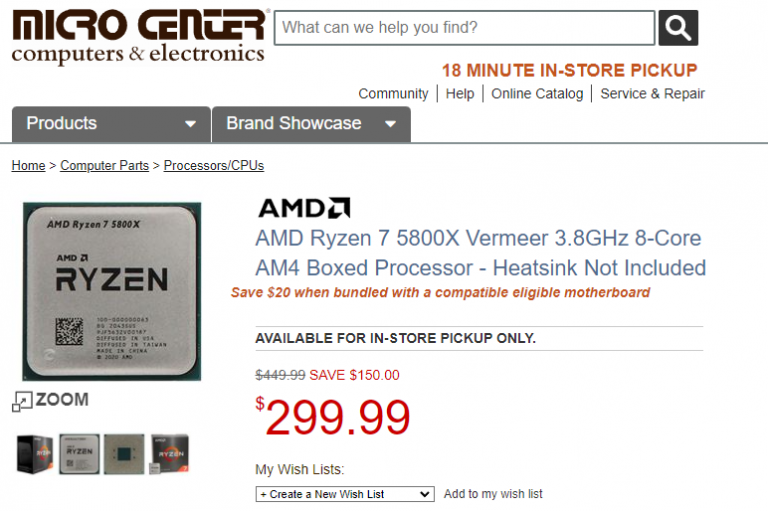 It is unclear if this price reduction is temporary or whether it will apply to more retailers. AMD has thus far made no public announcement regarding their CPUs becoming available at a lower price. Both the 5800X and 5600X have both lower cores and lower core-to-dollar ratio than Intel Core i5-12600K, which offers 10-cores (6 big + 4 small). 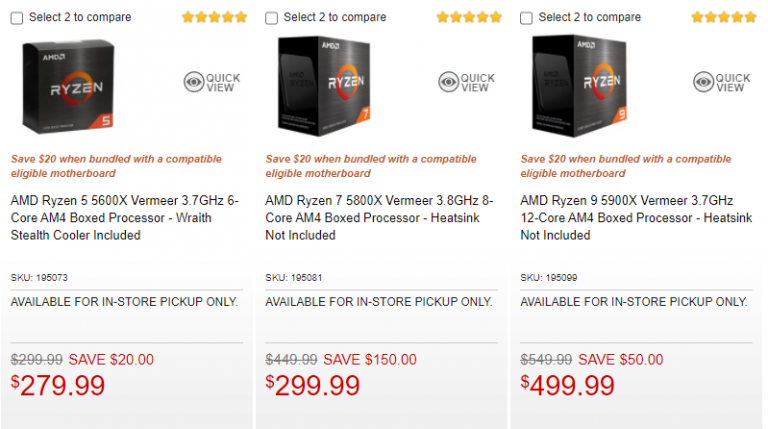 The price reduction is neither widespread among US retailers, nor it is worldwide. In Europe the Ryzen 7 5800X is still priced at 377 EUR with no massive change insight: 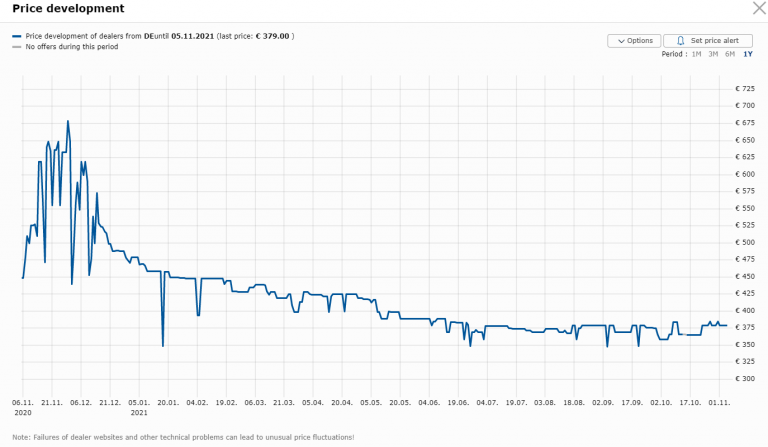 Right now AMD has more occupancy in the mid-range segment, especially the Ryzen 7 5700G appears to be a good deal at 280 USD (80 USD cheaper than MSRP). Intel is yet to release its non-K Core i5 series which are to be priced in the sub-300 segment. Parts such as Core i5-12400F which might cost around 160 USD could put a lot of pressure on 6-core Zen3 CPUs.

AMD has the advantage of a relatively cheap AM4 platform widely available, whereas the 12th Gen Core series require a new motherboard. Cheaper Intel B660/H670 motherboards are not to launch till January 2022 at least.