Alleged benchmark scores of AMD Ryzen 9 and Ryzen 7 processors based on Zen3 architecture have been leaked.

The results have appeared simultaneously at two different forums. AMD flagship Ryzen 9 5950X, which is a 16-core and 32-thread CPU has allegedly scored 690.2 points in a single-threaded benchmark and 13306.5 points in multi-threaded. For comparison, the Intel Core i9-10900K, which is an 10-core CPU scores 584 and 7389 points respectively.

Meanwhile, the 8-core Ryzen 7 5800X has allegedly scored 650 single-core and 6593 points in a multi-threaded benchmark.

These are not the only benchmark results that have been leaked, just yesterday we reported on PassMark scores where the Ryzen 9 5950X took the top position in the single-threaded benchmark.

AMD is set to release all four Ryzen 5000 SKUs on November 5th. 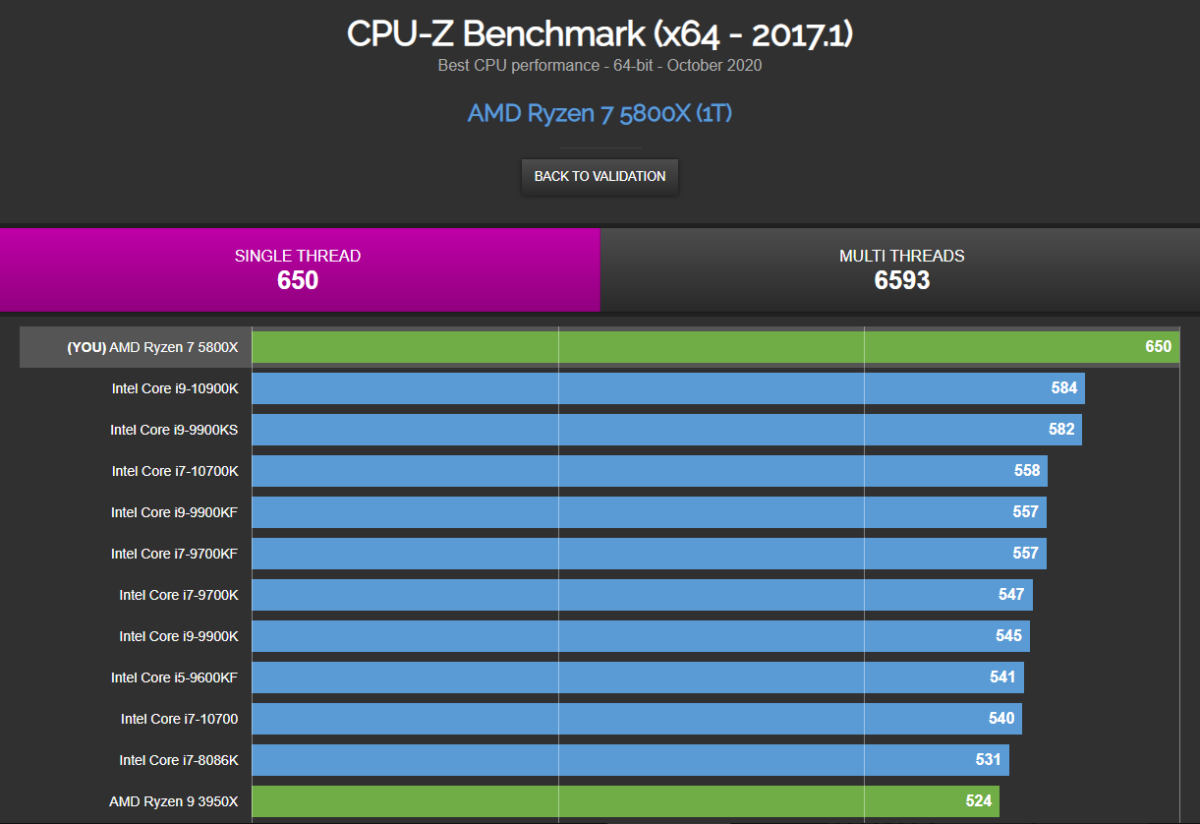