The next-gen Ryzen 5000H high-end processor has been spotted at Geekbench.

The new entry featuring Ryzen 7 5800H processors has been discovered today by APISAK. The CPU is an 8-core and 16-thread high-end mobile processors that should launch next year for gaming laptops.

The new entry from Geekbench lists the processor with a 3.2 GHz base clock, which is 300 MHz higher than Renoir Ryzen 7 4800H. It is unclear if AMD is also planning Ryzen 9 5900H series at this point. The CPU features 16MB of L3 cache, which is twice as much Ryzen 4800H L3 cache.

The very low score is the result of a locked frequency (most of the benchmark was run at around 500 MHz), thus it should not be taken into consideration. The CPU Family identifier confirms that the CPU is based on Zen3 architecture (Family 25 is Zen3): 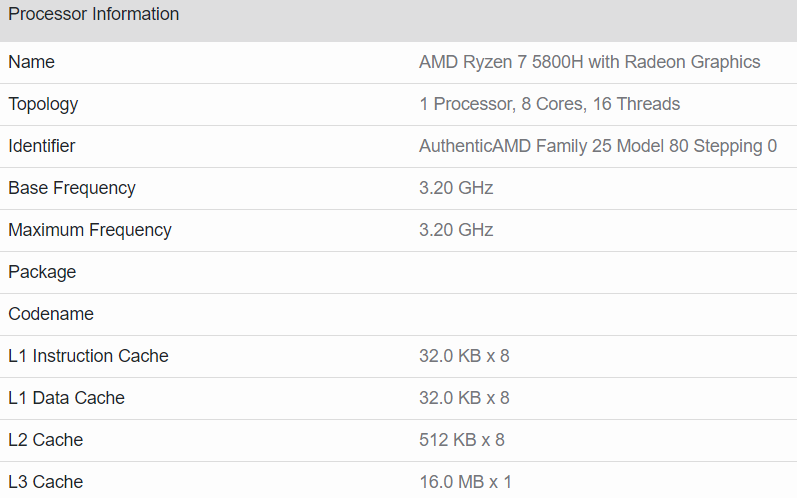