During Computex 2021 keynote AMD confirmed it will finally bring its Ryzen 5000G APU series to consumers.

On August 5th, AMD has plans to introduce its Cezanne-G series to all customers, not just OEMs and system integrators. Currently, the Ryzen 5000G series is not available to DIY builders, but this will change in August. AMD revealed that Ryzen 7 5700G will launch at 359USD whereas the Ryzen 5 5600G will cost 259 USD, both are indeed really aggressively priced.

AMD Ryzen 7 5700G offers 8-cores and 16-threads with up to 4.6 GHz clock. This 65W TDP APU has 8 Compute Units based on GCN (Vega) architecture, which has been proven to be suitable for many popular games.

AMD has not revealed its plans for the Ryzen 3 5300G SKU, which would appear to remain exclusive to the OEM market. 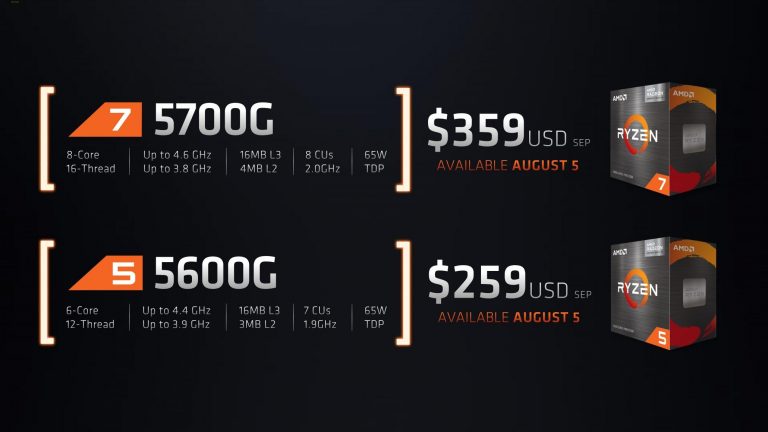