AMD officially requested its Summit Ridge AM4 SOCs and Ryzen 7/5/3 series to be certified to comply with USB 3.1 Gen1 standard. However, there is one thing that was not officially discussed before, and that’s Ryzen PRO series.

This is, in fact, the first and only proof of Ryzen 7 PRO 1700, Ryzen 5 PRO 1600, Ryzen 5 1400 and Ryzen 3 PRO 1200 existence. Little is known at this point, but we can imagine that those are business oriented variants of consumer Ryzen processors. Maybe they lack overclocking support? Maybe they are cheaper? Maybe they ship with lower clocks and at a lower price? I guess we will hear more about Ryzen PRO soon. 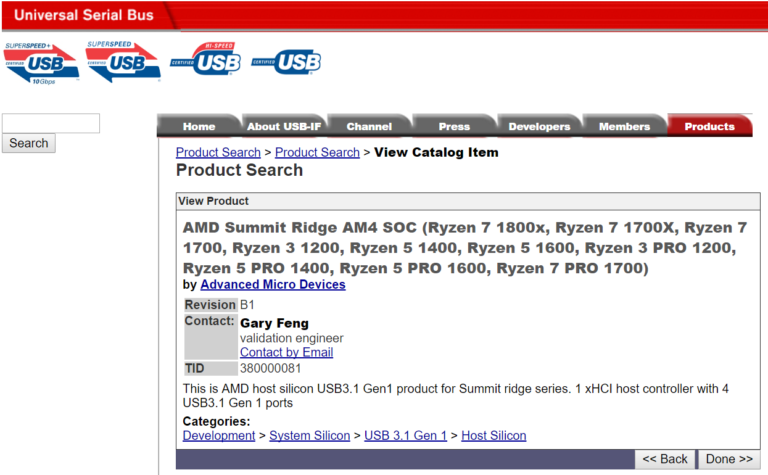