AMD upcoming 8-core and 16-thread APU has been tested by TecLab. The sample used by the leaker is codenamed 100-000000149-40, which means it is a Ryzen 7 4700GE. The APU was tested with high-frequency DDR4-4333 memory, which is a significant upgrade for the desktop APU Ryzen series.

The sample is labeled as AMD ENGineering SAMPLE, thus we are unsure how much different it is from the final products, bar the clocks. The CPU model has 4MB of L2 cache and 8MB of L3 cache. It is paired with a reasonable base clock speed of 4.1 GHz and a boost of 4.35 GHz. This data is known from the previous leaks. This sample, however, has a lower clock speed of 3.0 GHz and 4.0 GHz respectively.

The GE variant of the Ryzen 4000 “Renoir” series is a processor equipped with integrated 2nd Gen Vega graphics. This particular model has 512 Streaming Processors. The “E” in the SKU codename stands for a low-power version featuring at TDP of 35W. 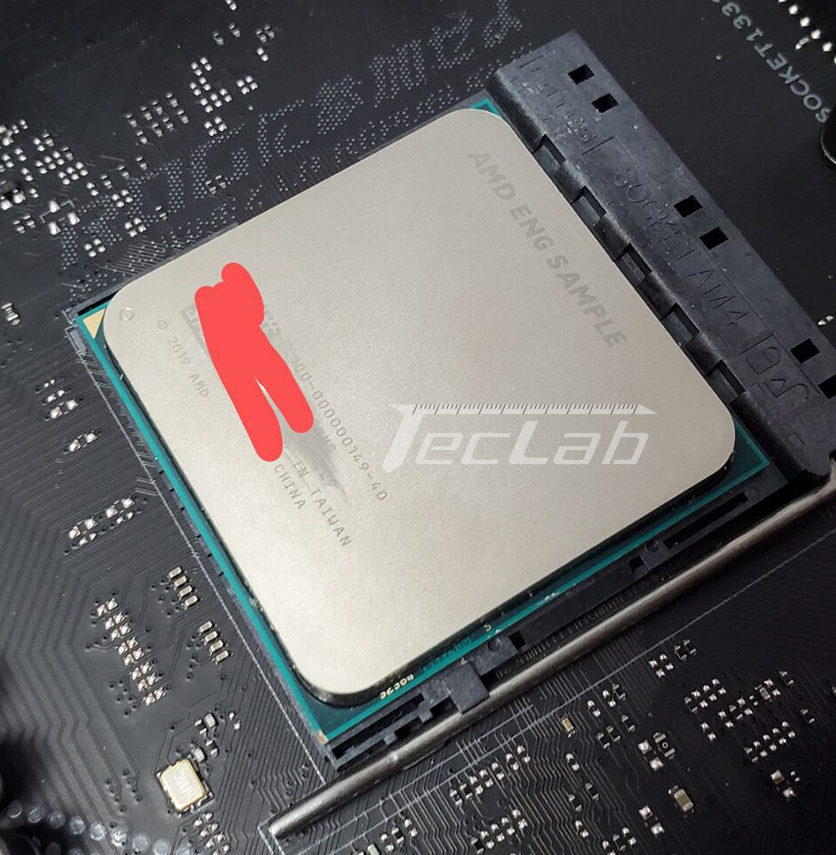 The Infinity Fabric link clock speed (FCKL) was maintained at 2166 MHz, but TecLab reports that Renoir APUs can maintain FCLK around 2200 MHz. The sample was overclocked to 4.3 GHz (so it was configured to work at retail clock speeds, considering this is an engineering sample).

It achieved a 49.1 ns latency with the hardware configuration mentioned below and it even dropped to 47.6ns when it was overclocked to 4.35 GHz and the platform changed to ROG Crosshair Impact VIII. Such latency is even lower than the Ryzen Matisse series. A multi-die Ryzen processor such as 9 3900 has a latency around 60-70 ns. Lower memory latency is more than likely associated with the monolithic design of the Renoir APU. 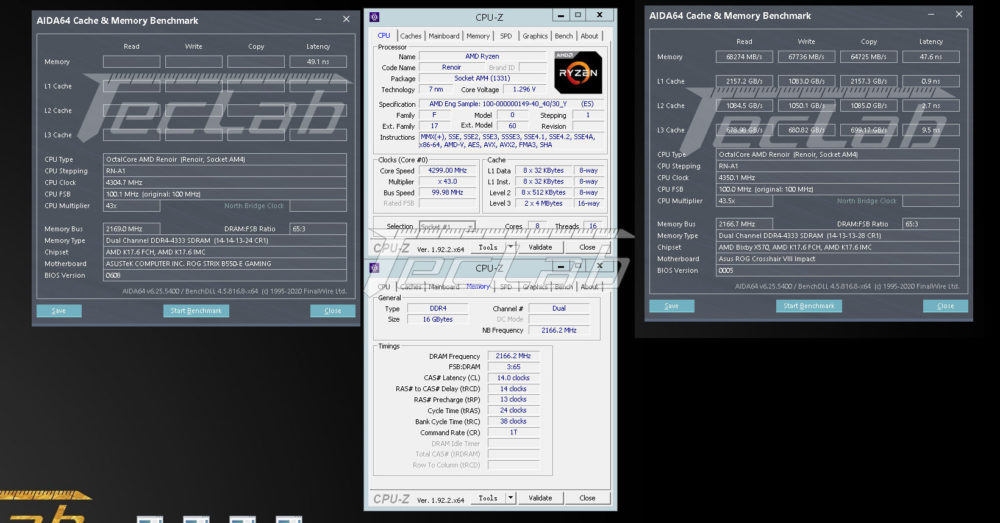 AMD Renoir APUs for AM4 socket is expected to launch next month.