The new AMD APUs for the desktop AM4 platform are almost here. AMD is likely to introduce Renoir-based APUs this month. As we approach this announcement, overclockers who have access to early samples have already been sharing the first synthetic benchmark results through various places. We have already seen what the Ryzen 7 4700GE (35W) model has to offer, but it is time to look at its 65W variant.

By default, the new Ryzen 7 4700G APU has a boost clock of 4.4 GHz. The processor features 8-cores and 16-threads, marking yet another milestone in AMD roadmap to deliver high-performance APUs to desktops.

So far AMD has only released Renoir-based APUs for notebooks, which are limited by either 45W or 15W power limits. The 65W TDP for desktops does not only give more headroom for higher clocks but also unlocks further overclocking due to the nature of the desktop platform. The long story short, guys over at ITCooker have increased the clock speed from 4.4 GHz to 4.765 GHz (an increase of 7.2%).

The software already confirms that the APU is based on Renoir silicon and that it carries 65W TDP. The sample was tested on a premium ASRock B550 Taichi motherboard, which was released just last month. 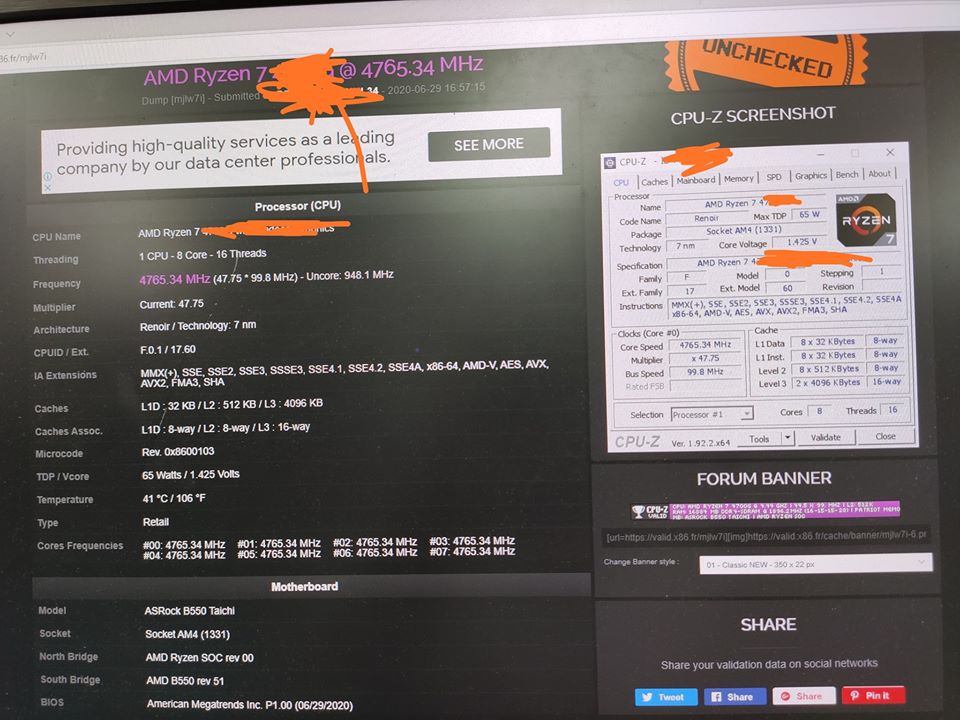 The CPU-Z validation posted by ITCooker 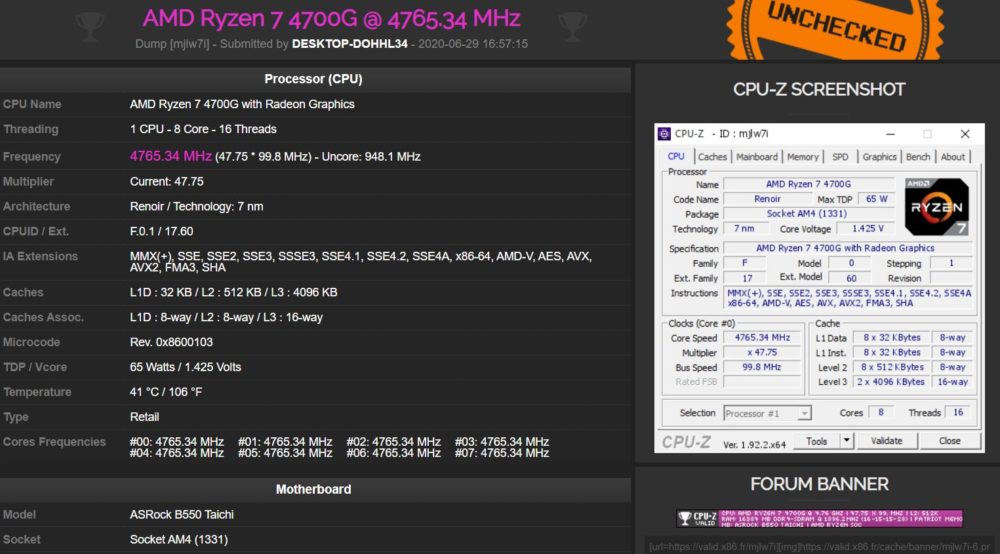