A fresh rumor alleges AMD might already be mass producing its Rembrand chips.

AMD APU series based on updated Zen3 architecture (Zen3+) might already be in mass production, claims Greymon55. The leaker further claims that AMD’s packaging plants in China will have six more products ready to launch in the first half of 2022.

AMD Rembrandt silicon is now rumored to launch as Ryzen 6000 series for mobile and desktop platforms. The 6000U and 6000H series are to replace Ryzen 5000 codenamed Cezanne, just as AMD will be introducing its 3D V-Cache-based desktop CPUs.

AMD's packaging plants in mainland China will complete six new products in the first half of next year.

AMD Rembrandt had already appeared in leaked roadmaps before either with Zen3 or Zen3+ microarchitecture. The APUs are likely to be the first products to support DDR5 memory, even before Raphael desktop high-end CPUs, which are now expected to launch by the end of next year.

The biggest upgrade for Rembrandt though is Navi2 integrated graphics, the same graphics that will be present in Van Gogh APU used by Steam Deck handheld gaming console. Rembrandt, being a higher-power APU will more than likely feature more GPU cores and offer higher performance. 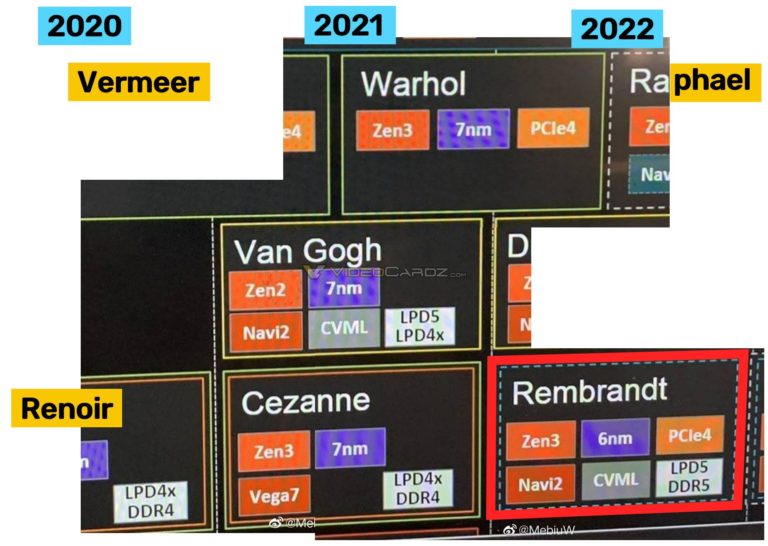 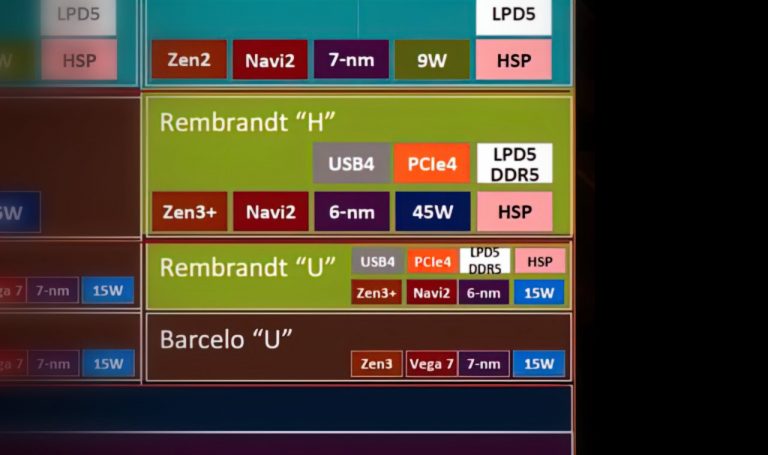 Rumored AMD roadmaps are constantly being updated because AMD did not confirm its products past 2022. None of the following codenames: Rapahel, Phoenix, Granite Ride, or Strix Point have ever appeared in official communication by the manufacturer.

AMD Rembrandt might be announced at CES 2022. This expo is where AMD introduced its Ryzen 4000 Renoir and Ryzen 5000 Cezanne series. The latter was introduced alongside GeForce RTX 30 GPUs by NVIDIA. One year later it is likely that NVIDIA will be refreshing its mobile lineup with the GA103-based SUPER series as well. It seems to be perfect timing to introduce Rembrandt. However, other leakers are so convinced about the possible CES 2022 announcement. Either late Q4 2021 or Q1/Q2 2022 are mentioned.