Yuri Bubliy, the creator of the DRAM Calculator and Clock Tuner for Ryzen, claims that we might see new Ryzen CPUs by the end of January.

Yuri “1usmus” Bubliy is now working on a new tool called Project Hydra. The developer has just announced that this new software will support both the Ryzen 5000 series as well as the unreleased Ryzen 6000 series at launch. This immediately sparked a discussion whether the already announced Zen3 chips with 3D V-Cache technology will be called Ryzen 5000XT or 6000 series. 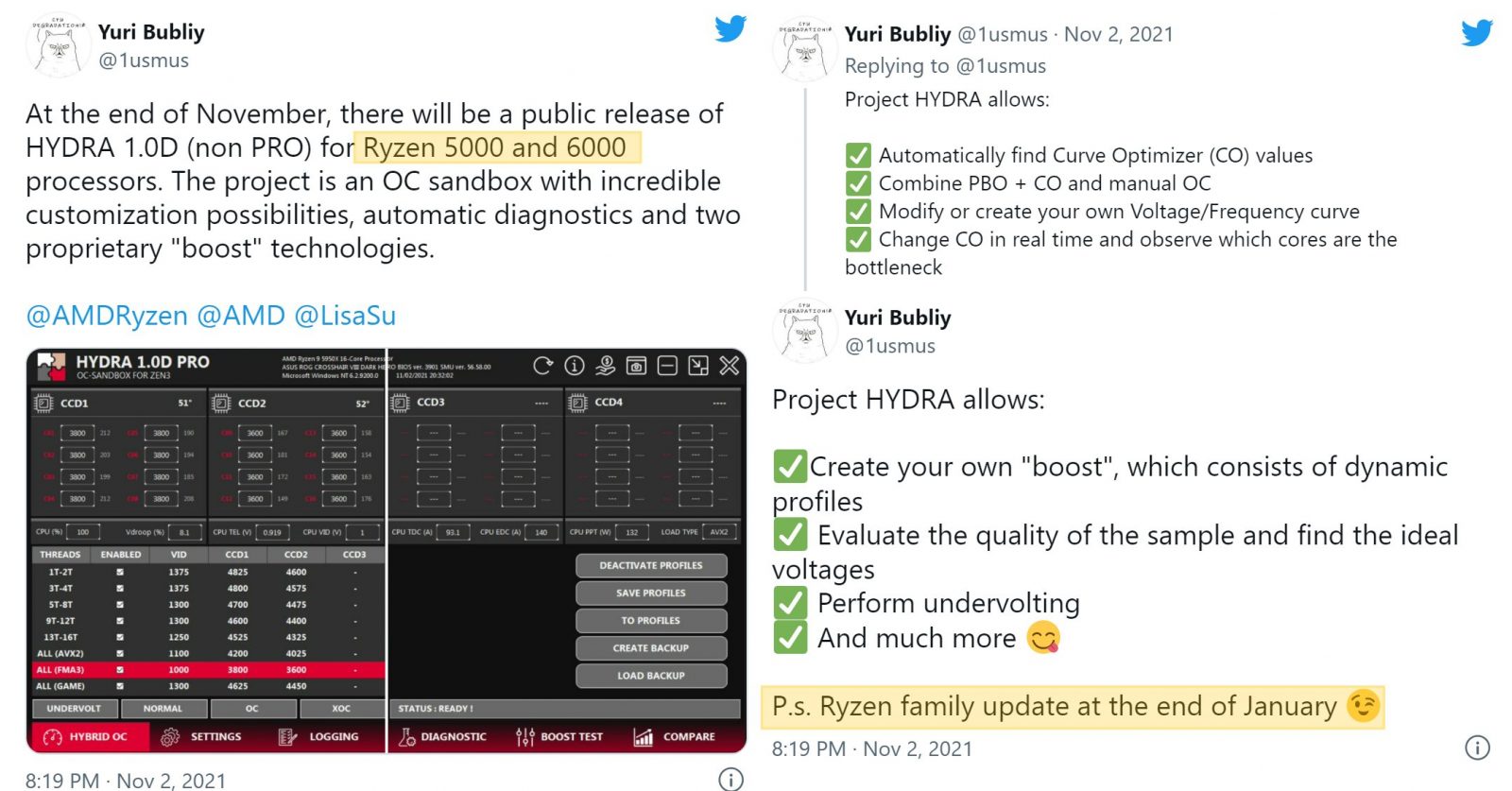 We reached out to Yuri for a comment on what exactly did he mean in his tweets and how does a ‘Ryzen family update’ collide with Ryzen 6000 support coming to his tool. In short, it is an educated prediction based on the latest information that Yuri had received. It is neither confirmed that the series will indeed be called Ryzen 6000 series nor that it will definitely launch in late January. However, Project Hydra 1.04D which is to launch by end of November will indeed have preliminary support for these chips.

Project Hydra is an OC sandbox for Zen3 based CPUs, which brings various performance and efficiency-enhancing features such as automatic detection of Curve Optimizer values, modification of voltage and frequency curve as well as the creation of dynamic profiles and undervolting. The tool which is considered a newer version of Clock Tuner for Ryzen, might be used to determine the limits and potential of each Ryzen 5000/6000 CPU. A simple UI and lengthy tutorials from the developer should make this process a lot less complicated.

AMD Zen3 chips with 3D Chiplet technology will feature an additional layer of 64MB of L3 cache placed directly over the die. AMD claims that this innovative technology should improve gaming performance by 15% on average. A performance that might be needed to retake the performance crown from the Intel Alder Lake-S series, now set to launch in just 2 days. Whether that’s really necessary we will find soon enough as independent reviews are to be published on the same day. 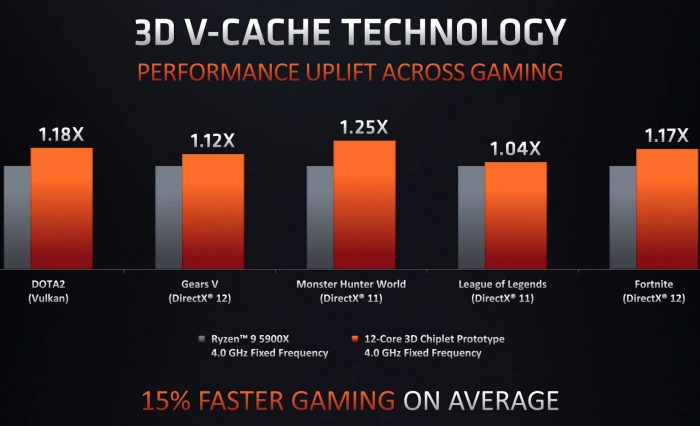 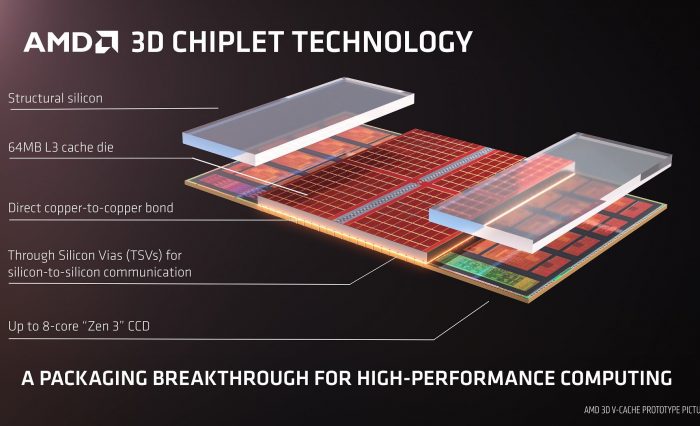 Project Hydra Beta is currently available to Patreon supporters, with a non-Pro public version supposedly coming by the end of this month according to the tweets above. The fact that Hydra will support Zen3 and rumored Zen3+ CPUs is not exactly news, as the developer had announced support for these chips back in July.