Retailers have already begun listing AMD Ryzen 5000 series processors, although they are still almost a month away.

Guys over at Overclock3D collected pricing information of AMD Ryzen 5000 series from UK retailers (mainly Overclockers UK). These processors are not yet available for pre-order. AMD will officially launch the first desktop Zen3 series on November 5th. There is currently no information on whether AMD is planning to allow pre-orders before that date.

The manufacturer has decided to increase the pricing for its parts, at least for certain performance segments. The Ryzen 9 5950X, AMD’s only 16-core, and 32-thread Zen3 CPU will cost 750 GBP, while Ryzen 9 3950X was available at 729 GBP at launch. Both processors ship with no cooler included.

The entry-level 6-core and 12-thread Ryzen 5 5600X is also more expensive than its predecessor at launch. With a price tag of 290 GBP, we are looking at a 60 British pounds increase. At least the 5600X does feature a Wraith Stealth cooler.

What is worth noting is that AMD is also rumored to launch Ryzen 7 5700X and Ryzen 5 5600 SKUs later. AMD has not officially confirmed these SKUs yet, but judging from how many models 1st, 2nd and 3rd Ryzen generations had, it is pretty much guaranteed. 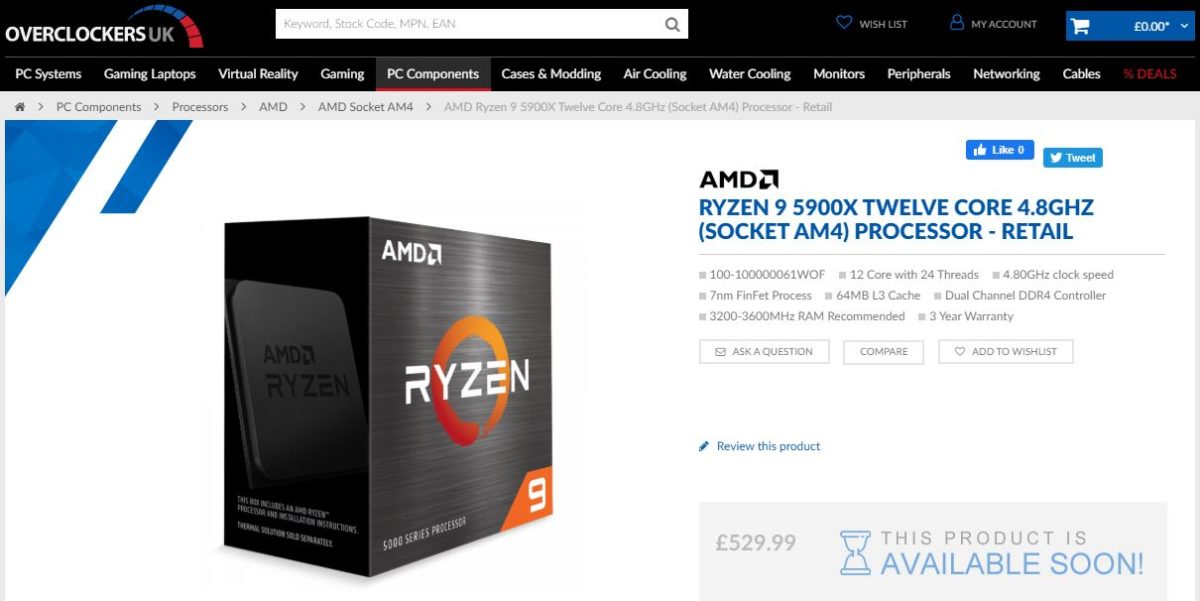 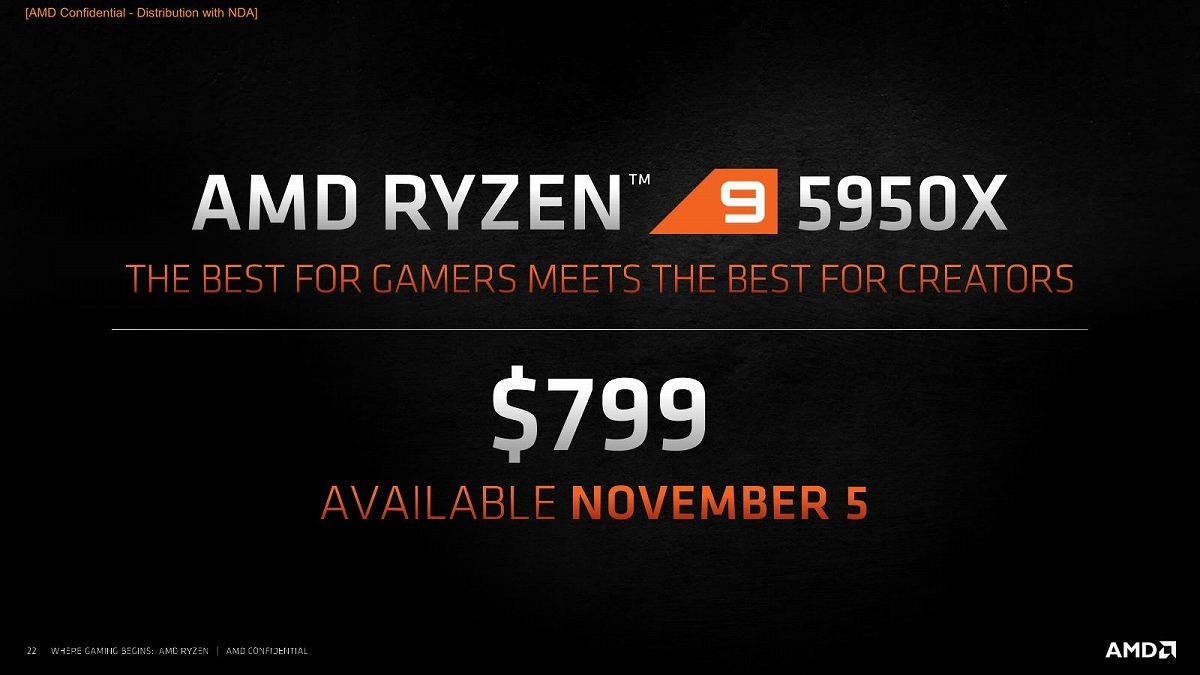 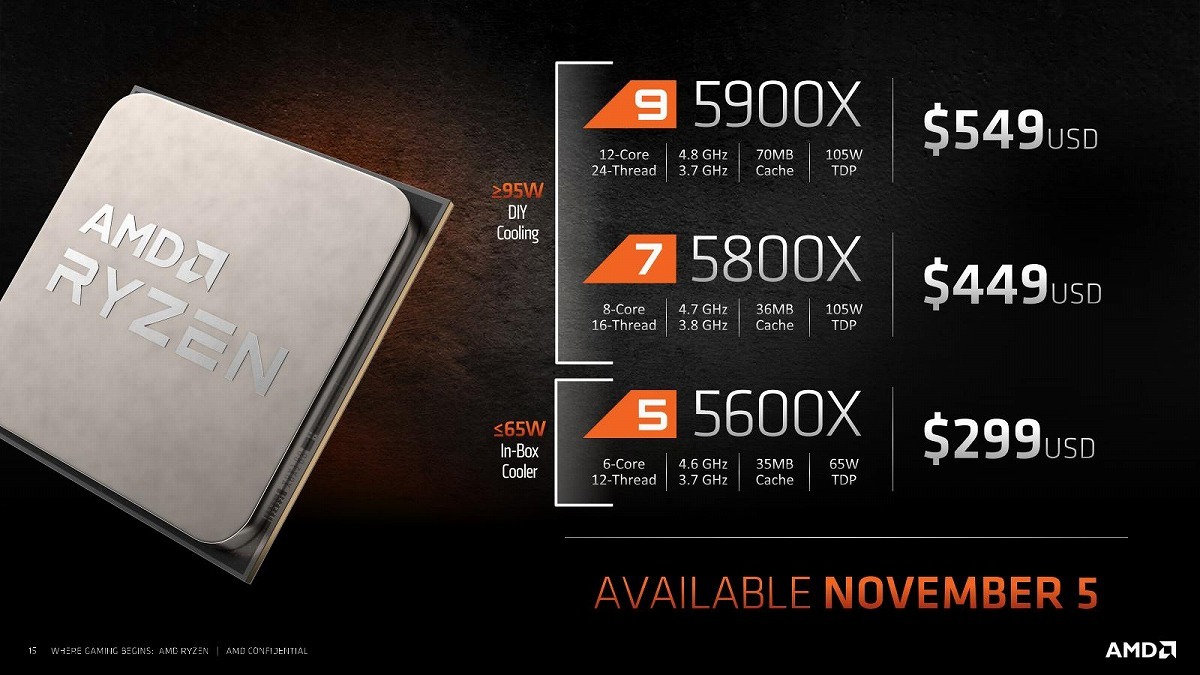 Here’s the official pricing for France, as reported by Overclocking.com:

Pricing in Finland and Portugal (EUR)

We also have first listings in EUR. Bear in mind that VAT will vary depending on a country. This is the pricing from Jimmy’s. 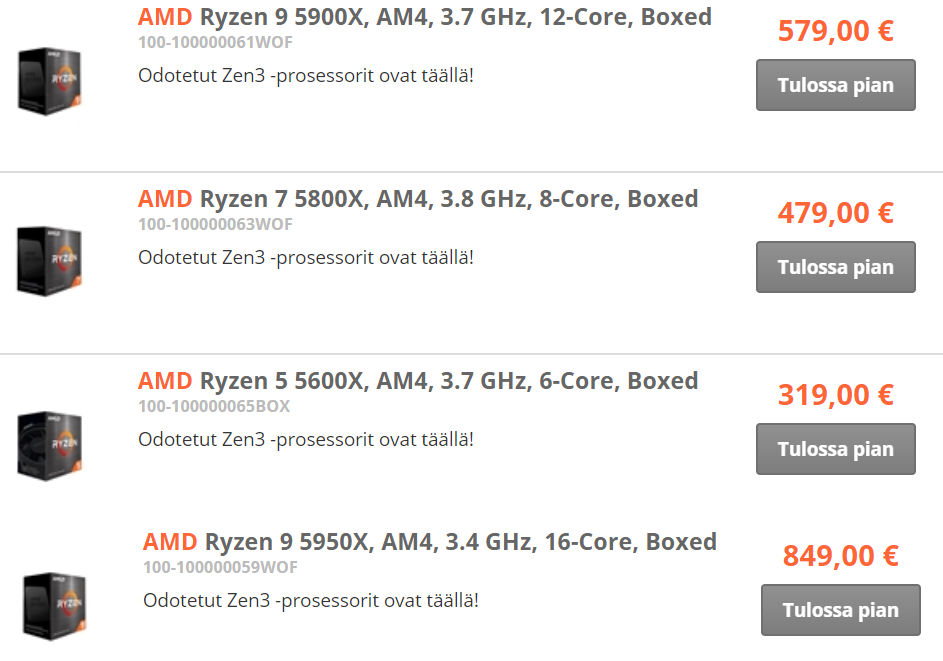