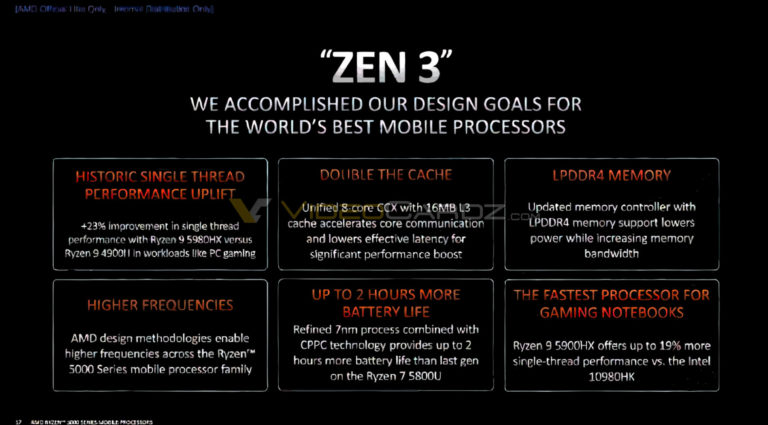 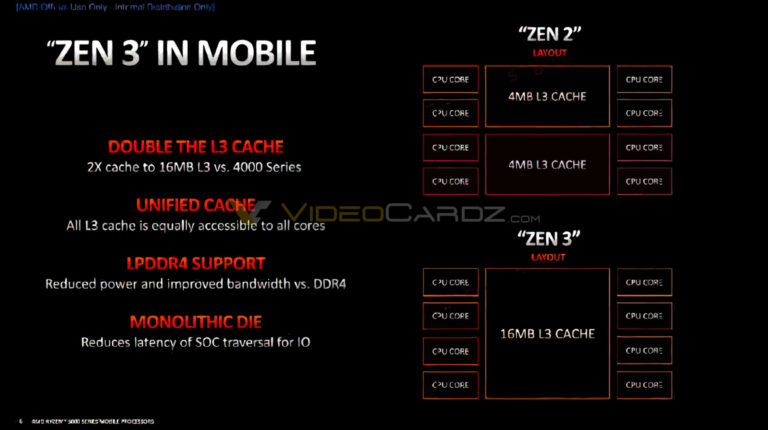 AMD has confirmed that Cezanne APU has a die size of 180mm2, a 15% increase over Renoir. The APU has 10.78 billion transistors, which is a 10% increase over its predecessor. In a new slide deck, the company lists all major improvements that come with the Zen3 based APU. A most important change alongside the upgraded new Zen3 core design is a doubled L3 Cache to 16MB, which is now shared among all CPU cores. The APU also supports LPDDR4 memory which is more common for ultra-thin laptop designs.

AMD claims that their new Zen3 mobile processors will provide a ‘historic single thread performance uplift’. In fact, AMD claims that Ryze9 5900HX, the unlocked 8-core high-end CPU, will be up to 19% faster than the current Intel flagship Core i9-10980HK.

AMD revealed that their Zen3 mobile CPU has taped out just months after the Zen2 was introduced. The Cezanne APU has a lot in common with Renoir, with the only major difference being the upgraded compute Zen3 core. The GPU still relies on Vega 7nm integrated GPU, however, there has been an upgrade on this front as well. The new Vega iGPU is now clocked up to 2.1 GHz.

There are new power regulating features that improve battery life up to 2 hours, AMD claims. For instance, the Zen3 based APU now has a deep power state for the memory controller or the APU can now regulate voltage per core, which reduces the power input of the whole processor.

Ryzen 5000H and 5000U based laptops will start shipping in February, AMD announced at CES 2021. The new laptops can already be preordered through various retailers. 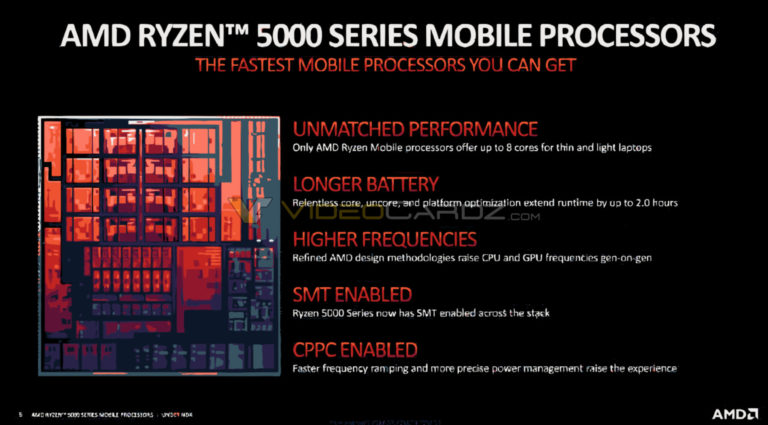 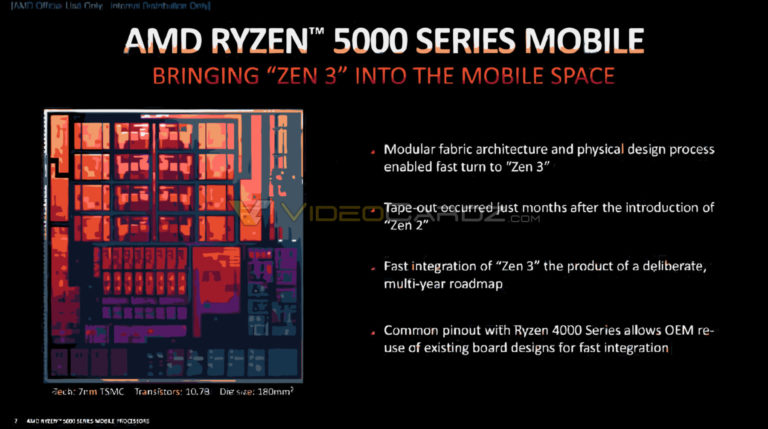 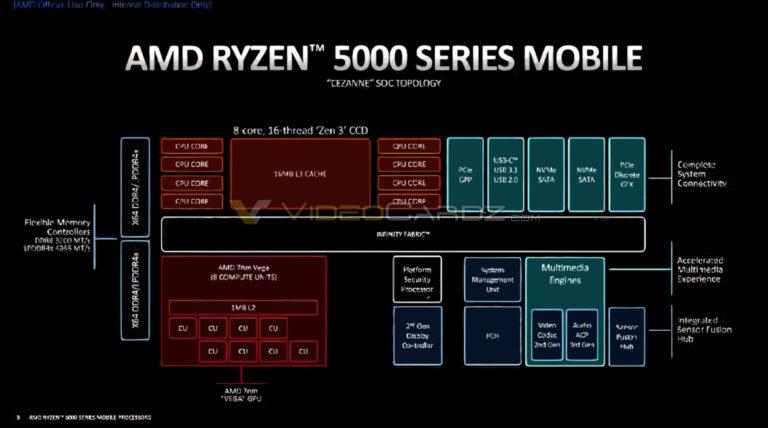 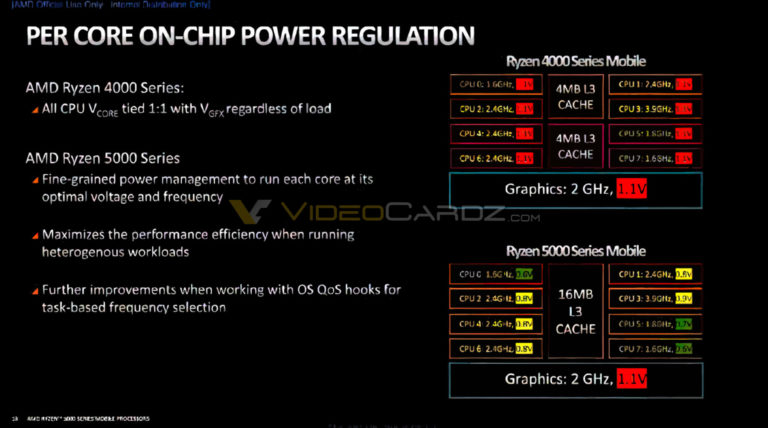 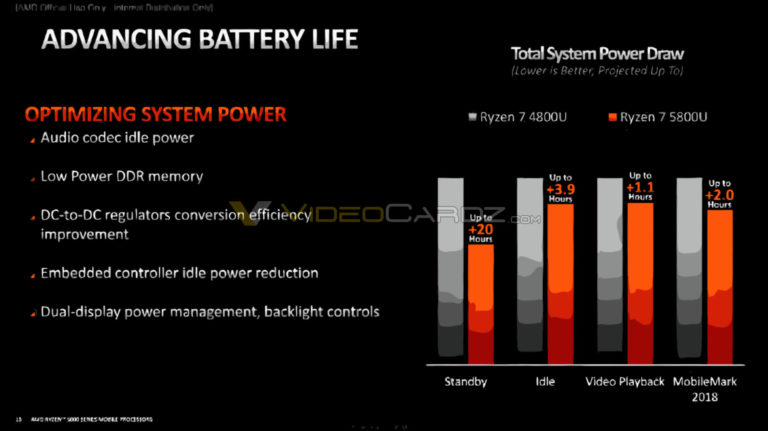 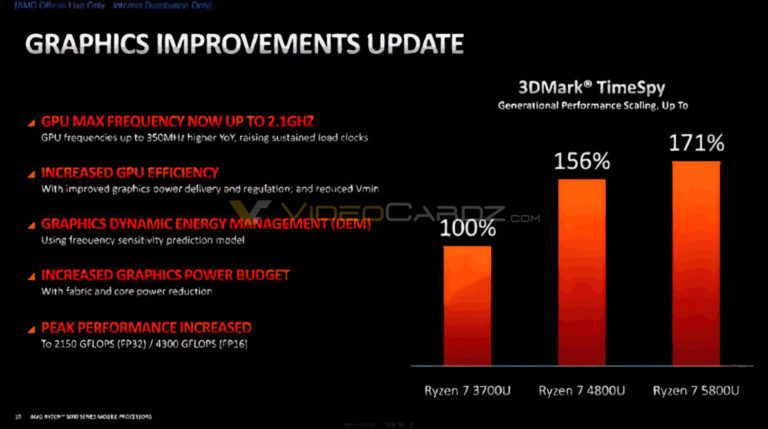 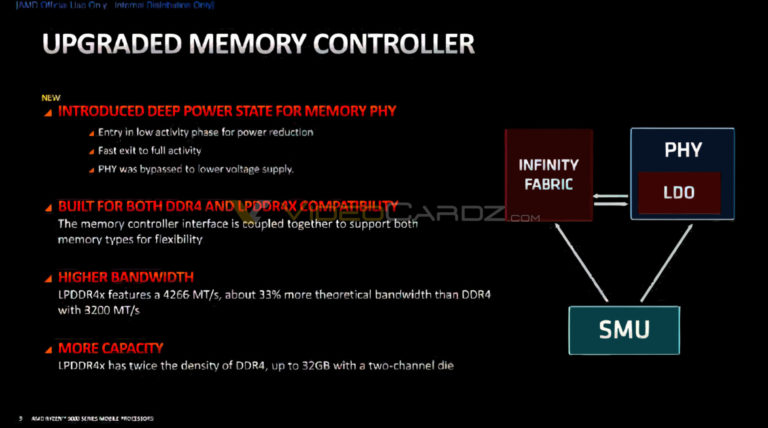