AMD Ryzen 5 7600X is the only 6-core CPU in AMD Raphael lineup. This is also the cheapest model which is to retail at $299, the same price 5600X was. We have been given some early data on Cinebench R23 benchmark results featuring this CPU, and we kindly asked for results with CPB (Core Performance Boost) enabled and disabled. This technology disables CPU’s boost, and it is often used as a quick high-temperature problem solver. 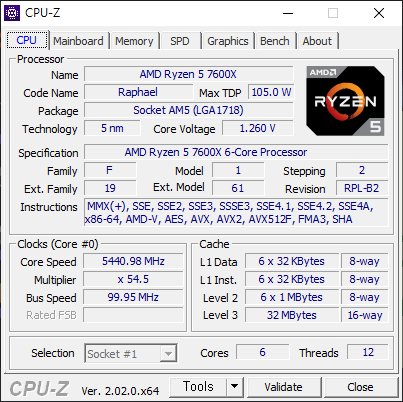 The data was collected on X670E system equipped with DDR5-6000 memory and dual-fan AIO kit. The system had the newest available BIOS.

These are just early benchmarks, and there is a chance performance will improve as we board makers release updated BIOS (which is said to be ‘testing ready’). Reviewers are now busy testing Ryzen 7000 CPUs, as AMD is set to lift the embargo on September 26th, a day before official launch.